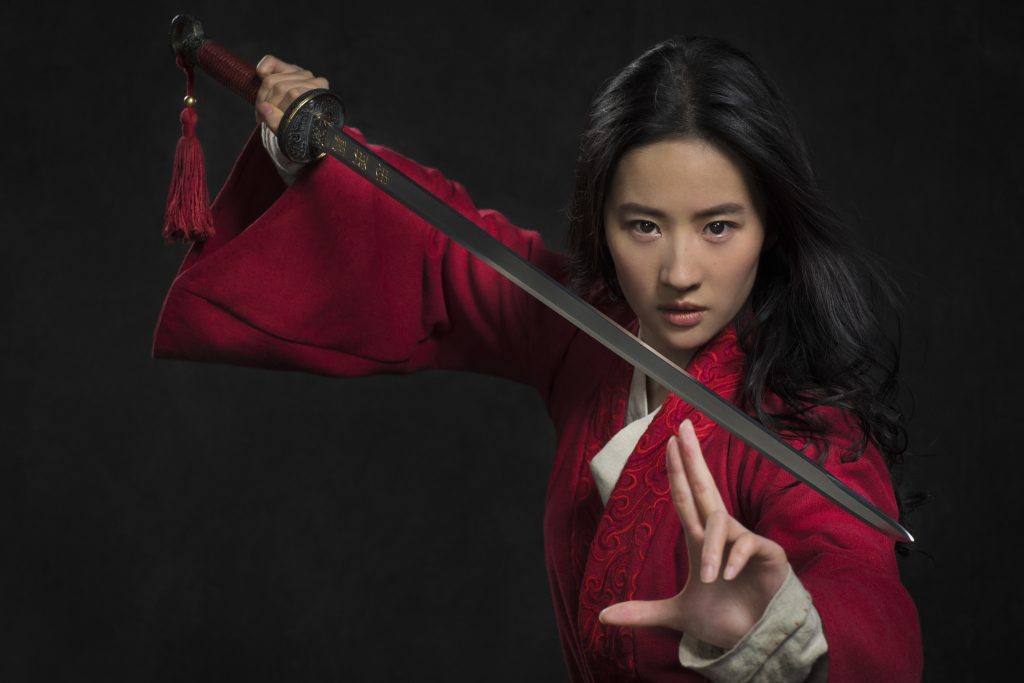 According to sources close to DisInsider we will not be seeing the return of the quick talking Mushu for the Mulan live action film. We also should not be looking forward to any type of sing along. DisInsider has revealed the instead of Mushu we should expect a Phoenix to replace him in the film. They are unsure if this means that the creature will be anthropomorphic, or talk, but they do have evidence of its existence.

The cast jackets have a phoenix embroidered on them next to the name of the film. They also report that while there will be renditions of the original songs, they will be instrumental only and the cast will not sing.

These claims were made to them by someone who they say had seen an early screening. Mulan is in post-production so it is very likely that they are actively working out all of the bugs by showing it to a select few before the final cut. Hopefully someone tells them we want to sing along because I can’t imagine a world where we don’t “Get down to business, to defeat the Huns.”

Previously in their other live action remakes such as Beauty and the Beast, and Aladdin we were not only treated to the original songs but also a handful of new songs as well. This did well not only for the movie but also for the Sountracks that were released alongside them. Many people sing along to these in the car and it’s a constant reminder of how good a Disney movie can be. It just doesn’t make sense to cut out the songs that made Mulan so memorable.

“Mulan” is the epic adventure of a fearless young woman who masquerades as a man in order to fight Northern Invaders attacking China. The eldest daughter of an honored warrior, Hua Mulan is spirited, determined and quick on her feet. When the Emperor issues a decree that one man per family must serve in the Imperial Army, she steps in to take the place of her ailing father as Hua Jun, becoming one of China’s greatest warriors ever.

What do you think of this? Do you want lyrics with the music? Would Mulan be the same without Mushu? Tell us in the comments!