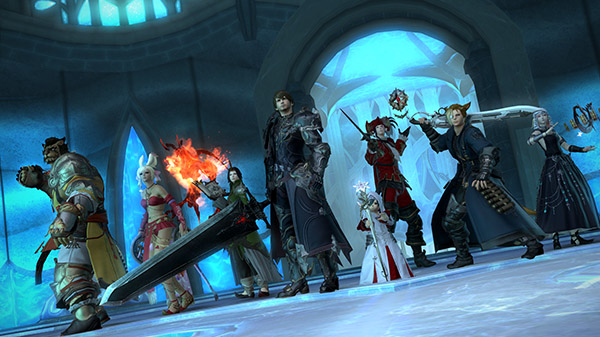 ‘Final Fantasy’ is Getting A Live-Action Series

After thirty years and a multitude of games, Final Fantasy is getting its own live-action series. Sony Pictures Television is developing a Final Fantasy television series alongside Hivemind and Square Enix.

Few story details have been provided for the new series yet. However, we do know that it will tell “an original story set in the fantastic world of Eorzea, a continuously growing world first introduced in Final Fantasy XIV, which incorporates characters from across the franchise’s long history.” This means that the series will tell an original story while still pulling from the original source material of the franchise. Imagine Cloud or Squall sauntering into a frame for a surprise cameo. Or even better, imagine Kefka from Final Fantasy VI somehow appearing.

In their article, Variety says this about the live-action series:

“[The series will] explore the struggle between magic and technology in a quest to bring peace to a land in conflict, and feature a blend of new and familiar faces like fan-favorite anti-hero Cid. Features and creatures from the game series, such as magitek, beastmen, airships and chocobos, will also play a part in the TV adaptation.”

The series is being written and executive produced by Ben Lustig and Jake Thornton. They are working alongside Sony producers Jason F. Brown, Sean Daniel, and Hivemind producer Dinesh Shamdasani. Previously, Hivemind worked on The Witcher live-action adaptation. So, we can expect some truly great things from this newest game- to-series work.