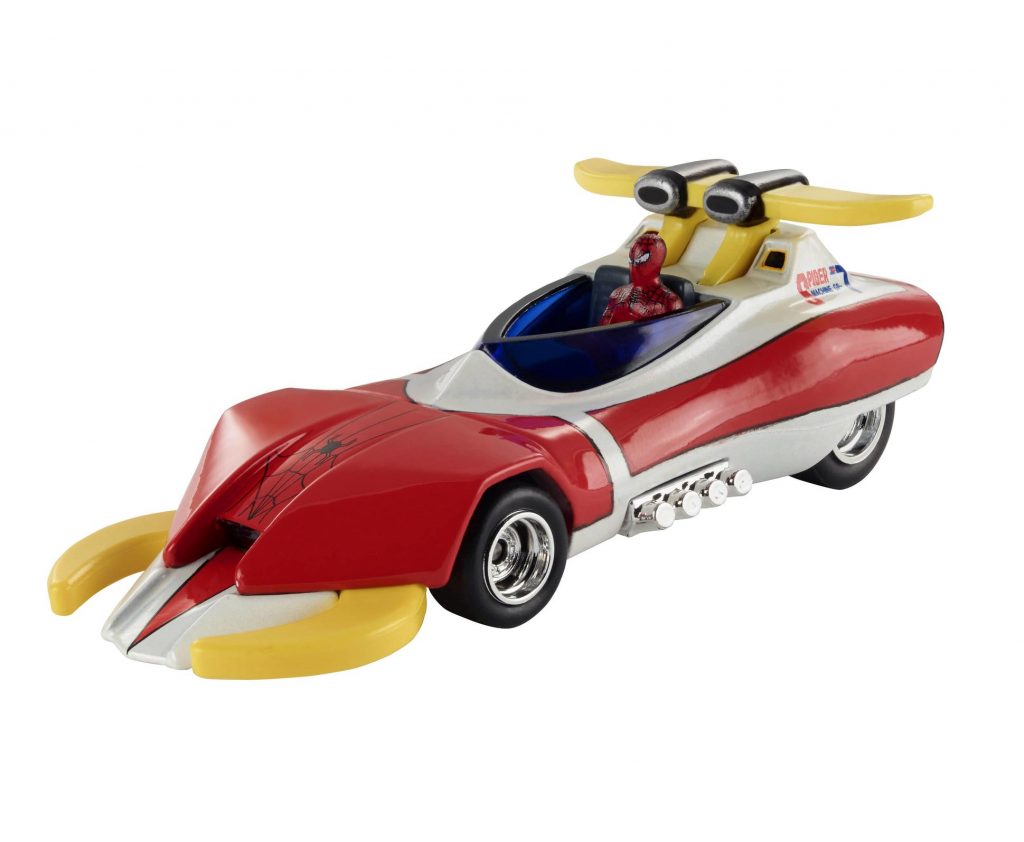 Spider-Man walks in the footsteps of Thanos and gets a Mattel Hot Wheels exclusive vehicle! Sort of!

It isn’t Peter Parker’s Spider-Man and his famous (infamous?) Spider-Buggy or anything (which already got a Hot Wheels version). No, this is Supaidaman aka Japanese Spider-Man and his Spider Machine GP-7. And you can get yours at San Diego Comic Con 2019.

Supaidaman aka Japanese Spider-Man is a weird, weird, weird thing. It was a live action Spider-Man show from 1979/1979 that has very little to do with Spider-Man but helped bird the Super Sentai (Power Rangers) world. For reasons unknown to everyone but the Japanese creators of the show, Spidey got a giant robot named Leopardon and a car, the Spider Machine GP-7.

Several versions have been released previously of Leopardon and the Spider Machine, but now you can own your very own American Hot Wheels version… If you make it to SDCC.

What weird Marvel vehicle are you looking forward to seeing as an exclusive? Let Nerdbot know in the comments!