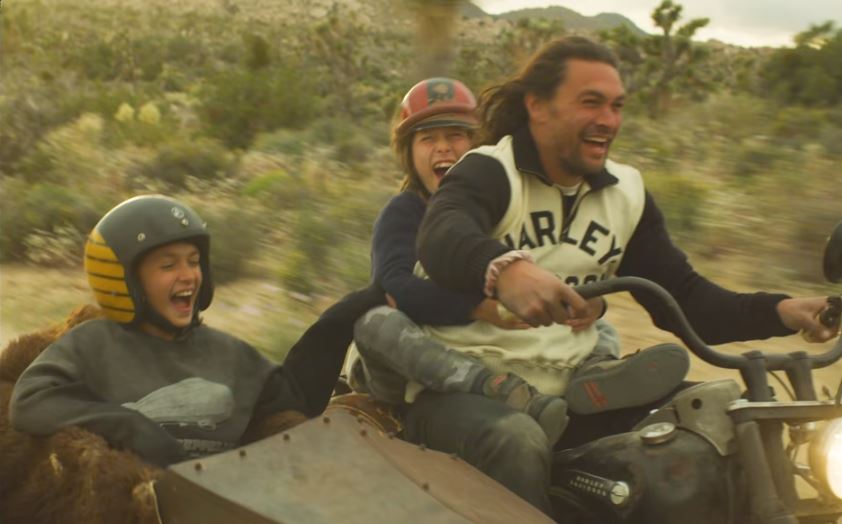 When you think of Father’s Day it is generally a day that you honor your father. Jason Momoa has such a big heart however that he decided to gift everyone out there with a very special short he created. The film is about his relationship with his family and how he relates building motorcycles to caring for them. It is about following your dreams while adjusting to new challenges and growing older. The film is called Where the Wild Stomped in – Happy Papa’s Day!

“There are moments in our lives, definitive moments so powerful they change the path of who we become. A memory frozen in time, like a photograph seared to the soul.”

“I feel like I blinked and 20 years passed in an instant. But I’m not alone anymore, I’m not young anymore, I’m not in the dirt as much as I’d like to be – but I am in love. I’m a husband and a father and it is the greatest honor of my life.”

He first tells us about the moment he became enamored with motorcycles. And how he is passing that on to his children by having them watch him learn to fix something that was once broken. This video speaks to anyone with kids on a very personal level. It is one thing to have them and raise them. But he says, “My babies got to see their father learning.”

It is so important to teach children how to learn and adjust. We need to carry on even when things seem hopeless. We should share the bad along with the good and show them that dreams are attainable. He tells us all this and more in his new film and it’s one of the most beautiful sentiments we have seen in a while. Leave it to Jason Momoa to give everyone a gift on his special day.

What do you think of the video? Did you like it? Tell us in the comments!