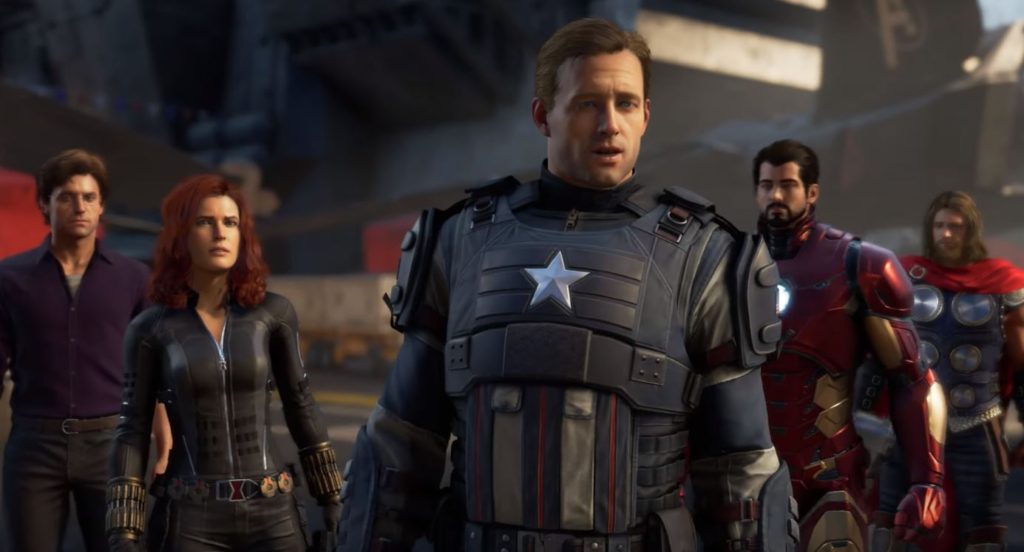 Once again, it falls to the Marvel’s Avengers to save the world. During the Square Enix E3 press conference, the company revealed a project that they had been working with Disney/Marvel for quite some time: Marvel’s Avengers. The games presentation was hosted by Crystal Dynamics Creative Director Sean Escayg and Vice president and director of Marvel Games, Bill Rosemann.

Marvel’s Avengers begins at A-Day, where Captain America, Iron Man, the Hulk, Black Widow, and Thor are unveiling a hi-tech Avengers Headquarters in San Francisco — including the reveal of their own helicarrier powered by an experimental energy source. The celebration turns deadly when a catastrophic accident results in massive devastation. Blamed for the tragedy, the Avengers disband. Five years later, with all SuperHeroes outlawed and the world in peril, the only hope is to reassemble Earth’s Mightiest Heroes.

After their interview segment( which delve into their takes on the heroes) it was revealed that the game will be released May 18 2019.

What’s your thoughts on the game ? love it or Hate it ? let us know down in the comments below.