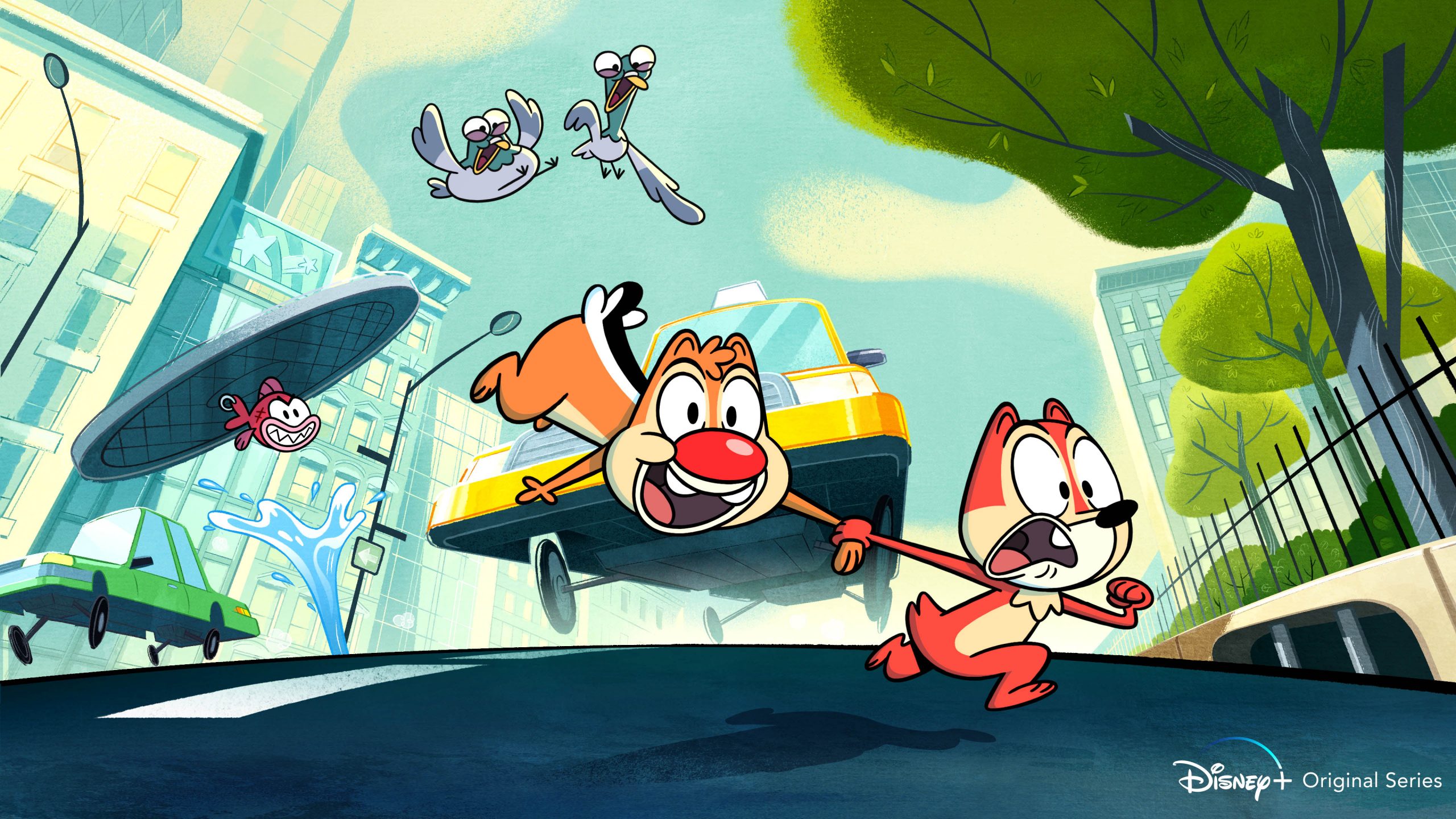 Disney announced today in a press conference at the Annecy International Animated Film Festival that they will be reviving the once loved chipmunk series Chip ‘n’ Dale. They will be a Disney + original and they will run for around 7 minutes each. They will take you on the adventures of these furry creatures and whisk you away while they get into all kinds of shenanigans. The series is to be directed by Jean Cayrol  and will be produced by Marc du Pontavice.

Disney’s London animation team and the Parisian Xilam Animation have teamed up to bring this series to life. The animation looks akin to the newer version of the recent Ducktales cartoon that has done pretty well in the last few years. If you remember the original show you know they get into all sorts of trouble. The duo was created in 1943 and their names were a play off a furniture maker/designer by the name of Thomas Chippendale. They were initially foils for Pluto, Mickey and Donald, but grew into their own in the 1980’s with Rescue Rangers.

Maybe if this does well enough they will bring back Rescue Rangers like they did Ducktales and we will see a brand new type of Disney Afternoon. Other shows I wish would come back are Tale Spin, and Goof Troop. But that may be just another pipe dream.

What do you think of Disney bringing back Chip ‘n’ Dale? Tell us in the comments!

A Sequel to Zelda: Breath of the Wild is on the Horizon!