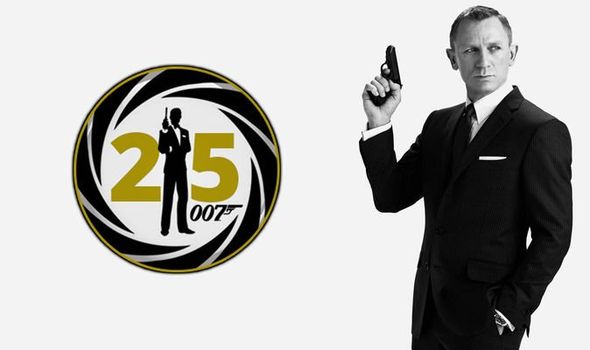 James Bond is one of the longest running and most successful franchises of all time, and production is starting on the 25th film aka James Bond 25. (In previous rumors the film had a working title of “Shatterhand” (an alias of Blofeld) but that has since been scrapped.) This will be the fifth and final movie for Daniel Craig as Bond. Previously there were rumors that Spectre would be Craig’s last Bond film and speculation about who the new Bond might be included the possibility of Idris Elbe taking on the role. However, Craig is returning for one more film.

Bond 25 is produced by Eon Productions for Metro-Goldwyn-Mayer and distributed by Universal Pictures (U.K., international) and United Artist (U.S.). Production will be based at Pinewood Studios in the U.K., and on location in London, Italy, Jamaica, and Norway. Producers Michael G. Wilson and Barbara Broccoli commented: “We’re thrilled to return to Jamaica with Bond 25, Daniel Craig’s fifth installment in the 007 series, where Ian Fleming created the iconic James Bond character and Dr No and Live And Let Die were filmed.” Dr No (1962) was the first Bond film and starred Sean Connery. It was based on Ian Fleming’s sixth novel and filmed in Jamaica.

The film synopsis is: “Bond has left active service and is enjoying a tranquil life in Jamaica. His peace is short-lived when his old friend Felix Leiter from the CIA turns up asking for help. The mission to rescue a kidnapped scientist turns out to be far more treacherous than expected, leading Bond onto the trail of a mysterious villain armed with dangerous new technology.”

The official launch of Bond 25 was streamed live from Ian Fleming’s Goldeneye estate in Jamaica. The new cast was officially announced at that time. Although principal photography officially began on April 28 in Jamaica, some filming in Norway took place earlier to take advantage of local weather conditions.

Although production has just begun, it may already be off to a rocky start according to rumors supposedly from insiders.

The screenplay was written by Scott Z. Burns, Phoebe Waller-Bridge, and Cary Joji Fukunaga based on a story by Neal Purvis and Robert Wade. But a source told pagesix.com: “They don’t have a script, there’s no title, it is nearly five years since the last Bond. It starts with a retired Bond living in wedded bliss, but the rest of the script is still being worked over. They rolled out the cast this week at Ian Fleming’s villa in Jamaica because if they wait much longer Daniel Craig, who is 51, will be too old, and then he really won’t do the film.” The source has also said that Daniel Craig has been difficult to work with. All of this is, of course, unconfirmed and from an anonymous source.

Also according to pagesix.com, Christoph Waltz will briefly return as Blofeld and Grace Jones from A View to a Kill will have a cameo.

The film will be released domestically in the U.S. on April 8, 2020, and in the U.K. and internationally on April 3.

Alex Trebek Has His Final Farewell All Planned Out

Yu-Gi-Oh Pot of Greed 1:1 Scale Replica To Be Released