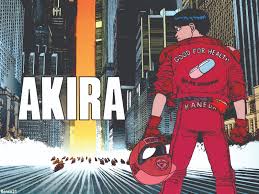 Warner Bros has just announced the release date for the live-action film version of the popular 1982 manga Akira. That date is May 21, 2021. This is the same date as the recently announce John Wick: Chapter 4, so Akira may face some tough competition.

Writer-artist Katsuhiro Otomo’s dystopian cyberpunk manga series ran from 1982-1990 and was later collected into 6 volumes. Otomo adapted the material as an anime film in 1988. That film is considered a landmark in Japanese animation and one of the greatest animated science fiction films of all time. However, Otomo chose to step away and let others do a live-action version of the material, only retaining the right “to check and approve the scenario.”

Taika Waititi is directing the live-action film and stated in 2017 that he would cast Asian actors in the roles. This reassurance may be in response to the backlash when Scarlett Johanson was cast in the recent live-action adaptation of the popular manga Ghost in the Shell. Waititi and Michael Golamco are reportedly writing the screenplay. Back in 2017 when Waititi was first linked with the project, he talked with io9 about the material:

“My mom took me to see Akira in the cinema in 1989, or whenever it came out in New Zealand, and it was a huge turning point in my life for what I imagined animation to be and realizing what it could be. It’s stuck with me this whole time and I feel, visually, the film was such an amazing thing. So I read the [comic] books and I was always more curious as to what a broader adaptation of the books might look like instead of a remake of the film, which doesn’t need to be remade. But I do feel there could be a cool live-action adaptation of the books.”

In 2018 Waititi talked to Dazed magazine about his approach to the project:

“What I wanted to do was an adaptation of the books, ’cos a lot of people are like, ‘Don’t touch that film!’ and I’m like, ‘I’m not remaking the film, I want to go back to the book…A lot of the people freaking out haven’t even read the books, and there are six gigantic books to go through. It’s so rich.”

Leonardo DiCaprio is producing the film through his Appian Way production company, along with Andrew Lazar and Jennifer Davisson. The film should be produced entirely within the state of California and thereby earn an $18.5 million tax credit from the state and the California Film Commission. The CFC estimates that Akira will create about $92 million in spending in California during production. It is estimated that the film will be shot in a two and a half month time span, possibly starting in July 2019 although no casting announcements have been made for the film as yet.