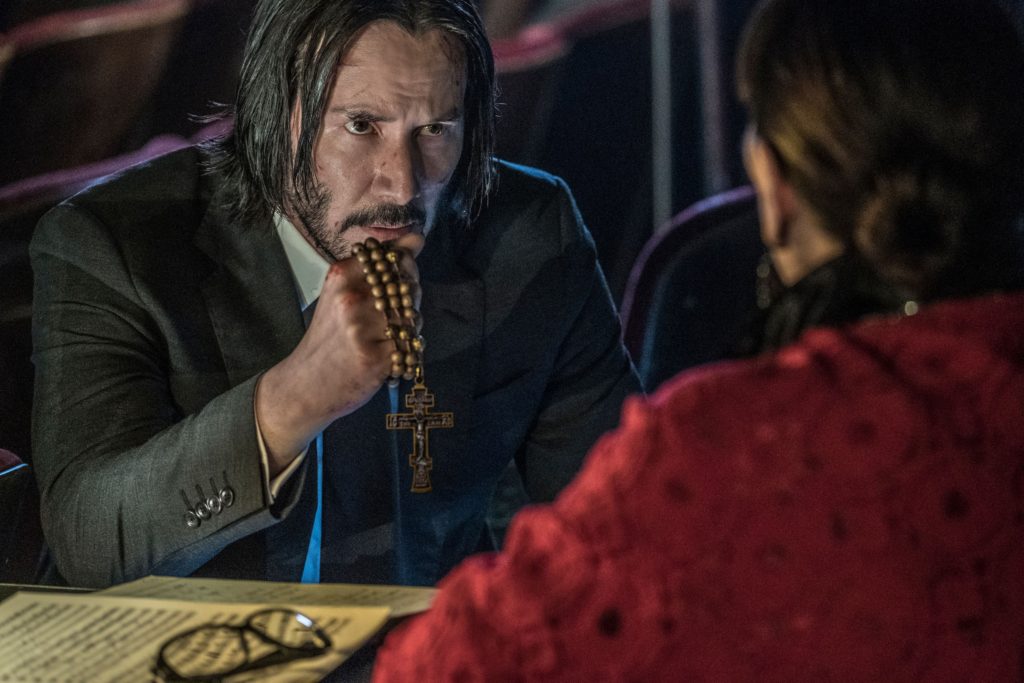 John Wick Will Return In John Wick 4 for Revenge!

Lionsgate announced Monday that the Keanu Reeves action franchise, which just saw its third installment do $56 million this past weekend in theaters, will have a fourth entry coming on May 21, 2021.

The news was sent out via text by the studios if you signed up through a text-alert from the John Wick movie website.

The threequel drew in big numbers for the studio, outperforming expectations with a global total of $92.2M. This is Lionsgate’s highest opening since November 2015’s The Hunger Games: Mockingjay – Part 2‘s $102.6M.

Also starring Laurence Fishburne, Ian McShane, Lance Reddick and Halle Berry, the Chad Stahelski-directed John Wick 3 starts off with Wick having a $14 million price tag on his head and an army of bounty-hunting killers on his trail. After killing a member of the shadowy international assassin’s guild the High Table, Wick is excommunicado, but the world’s most ruthless hit men and women await his every turn.

This post was not sponsored by The High Table, but would like to have a few gold coins thrown my way.