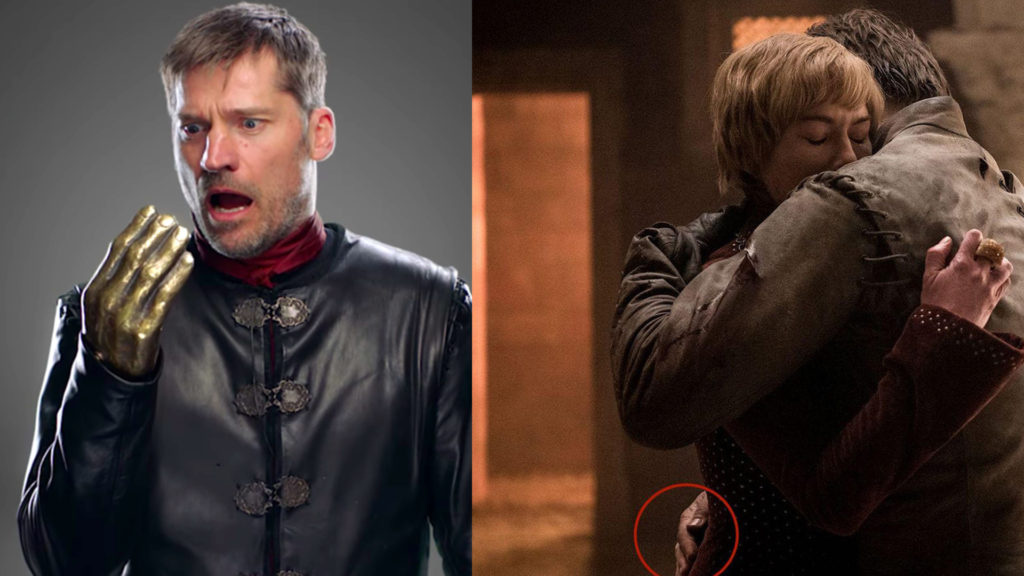 Another ‘Game of Thrones’ mistake: Jaime Lannister grows his hand back!

If you haven’t seen this past episode, SPOILER ALERT!

It’s been a rough final season for the Game Of Thrones production team.

If you’re a fan following opinion on social media, you’ve read and heard that this final season is being regarded as the worst season in all the series.

Now there’s even more fuel to add to the dragon fire.

In what seems to be a constant stream of editing and continuity mistakes,
Jaime Lannister (Nikolaj Coster-Waldau) has somehow grown his hand back during his final embrace with his sister, Cersei (Lena Headey) in a post episode promo image released by the GOT marketing team.

And just a few episodes earlier we saw a modern day coffee cup that has since been removed by HBO.

Now going into the the show’s finale this coming Sunday, all eyes will be looking for more mistakes.

So, keep your eyes open for any planes or maybe a pizza box. You never know!