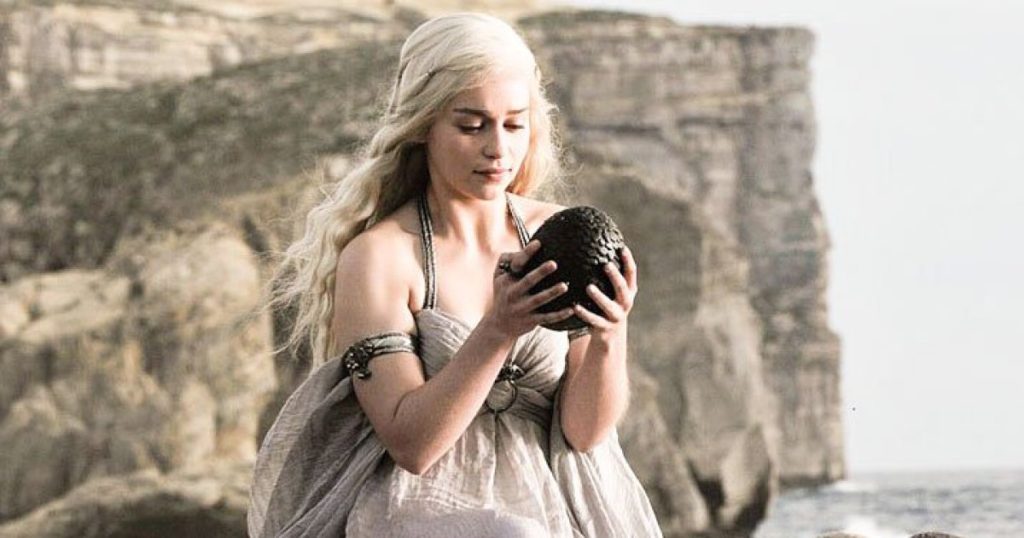 Lately, it is impossible to go anywhere without hearing about Game of Thrones. Whether you watch the show or not, the excitement about the final season is palpable. Everyone wants to find out who will take the Iron Throne and whether or not their favorite characters will make it out alive. Some fans are showing their love for the series in a very unique and unexpected way- gender reveal parties.

Online retailer Risen Son Creations offers expecting parents hand-crafted gender reveal dragon eggs. These eggs resemble those of Daenerys Targaryen’s dragons from season one. When heat is applied to the eggs they change color to either red or blue, revealing the baby’s gender. In an interview with Fox News, the online retailer confirmed that demand for these eggs has increased by as much as 750 percent in the month’s leading up to and during season eight. A multitude of egg sizes and colors are available in her store.

Even if a couple doesn’t buy a dragon egg, many people share photos and videos of their Game of Thrones– themed gender reveals. Cake-based, dart-based, and balloon-based Game of Thrones gender reveal parties can be seen across the web. Some couples even give their future child the name of one of their favorite characters from the series. For instance, a couple threw a gender reveal party in 2017 and named their little girl Arya. According to parenting website the BabyCenter, there has been an increase in babies being named Olenna, Ellaria, Jorah, Tyrion, Stark, and Khalessi in recent years.

As we head towards the climatic ending of Game of Thrones, it’s great to see just how much of an impact it has had on so many people. Our future generation will surely be filled with contenders for the throne. Hopefully, there will be a lot less violence though.