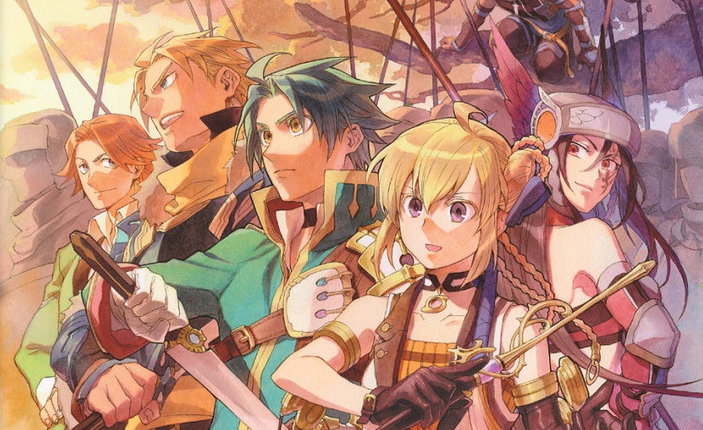 Record of Grancrest War is story about a war torn country that hails itself as the “Game of Thrones” of anime. As long as there is a good story and some good plot elements I’m in. So the prospect of this being herald as the “Game of Thrones” of anime really piqued my interest. Aniplex has come out with a Bluray set that is a collectors dream so I decided to watch it and I’m here to tell you that it is gorgeous. The Dub is amazing and the scenery is beautiful. The whole show really draws you in from episode one and it’s a fast paced high stakes show you wont want to miss.

Record of Grancrest War starts out interestingly enough. Siluca, a Mage is traveling to make a pact with a crest bearer with a reputation for womanizing. She comes across Theo who is just starting out on a quest he has given to himself to save his homeland from a terrible ruler that overtook his town. Taken by Theo’s ideals Siluca pledges herself to him to become his aid. Together they conquer and raise his status and ability so that Theo can one day save his land.

The story evolves into a deeper love story with star crossed lovers both from a separate side of the feuding war. The first episode was going to be the wedding of Alexis and Marrine but due to a meddling and unforeseen circumstance the wedding was ruined and they went their separate ways. Still very much in love but still now on opposite sides of eachother. Theo befriends Alexis and vows to him that he will help him because he believes that if they love eachother they should be together.

The whole story revolves around the two sides, the Alliance and the Union. There is a lot of military tactics in this anime so if you like to watch strategy and battle unfold on the screen then this is a good anime for you. The relationship with Theo and Siluca is a slow burn and it is very satisfying to watch, along with the story of Alexis and Marrine but as far as caring about the other characters it’s a little hit or miss. Now if you want to talk about the deaths, I am only about half way through the series so I can’t tell you if anyone dies that was shocking like in Game of Thrones. But I also wouldn’t tell that to you anyway because Spoilers!

The DVD set that Aniplex put out is beautiful as always. There is a beautiful illustration on the box cover and the Bluray discs come in a really neat fold over case instead of packing in a separate case for an additional disc. It comes with a booklet with character images and descriptions of who they are which really help you get to know the main characters. There are also beautiful scenes inside the booklet that I wish were poster size because the animation in this anime is beautiful and picturesque.

This set is the first part of a two part anime and comes with 12 episodes. Disc One comes with Episodes; Contract, Ambition, Battle Flag, and Decision. Disc Two comes with Episodes; Forest of Eternal Darkness, Marching, The White Prince, The Congress Dances. The Third Disc comes with Episodes; The Black Princess, Blade of Betrayal, The Fall of Castle Unicorn, and A Treaty Formed. The Bonus Features included are; Web Previews, Textless Opening and Endings.

You can buy the Bluray on Rightstuff here or if you would like to try before you buy you can watch it on Crunchyroll(Subbed Only). The Dub for this series is great and I highly recommend it. Especially for those of you who have to multitask when watching a show.

Have you watched Record of Grancrest War? Tell us in the comments what you thought!