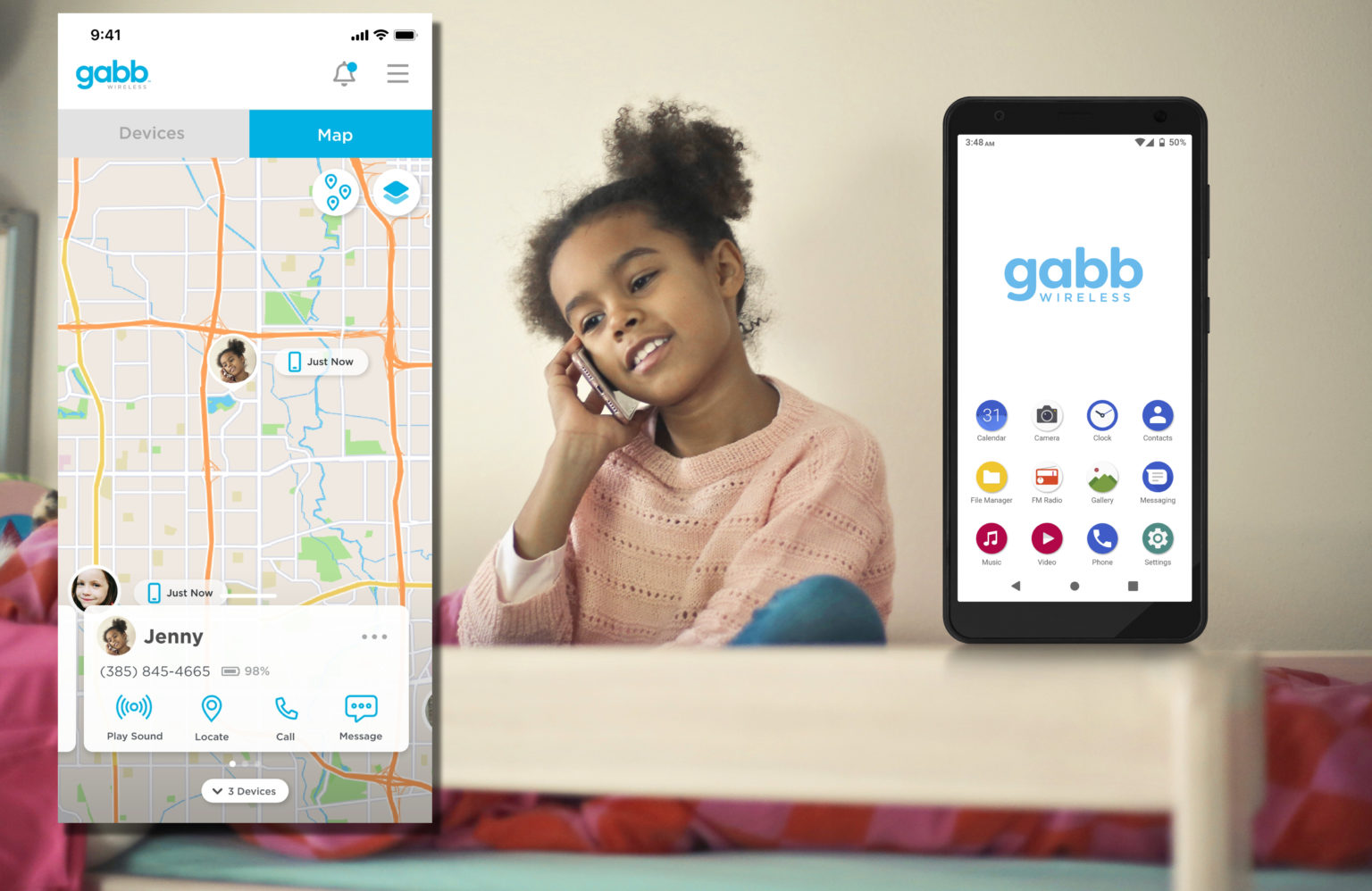 A few months ago, I was sent a Gabb phone for review. I wanted to see how it worked and what kinds of parental features were on the phone. My daughter is almost eight and while I think that’s still too young to have a full blown phone with social media, I did want to have some way to contact her.

What’s really nice about Gabb is that it has all the features that you would need but not all the features that slow down the phone. Kids are unable to install apps, there’s no jail-breaking, it’s just a simple straight-forward call and text phone. There are a few extra features for kids however like Gabb’s Music service which I will go into more detail down below.

Set up is so easy! I can’t stress this enough that it was just 1. Take it out of the box, and 2. Sync it with the app on your phone. After that I just went through and added all the family contacts that I thought she would need and let her have it. She ended up texting her uncle, grandpa and a few others. Easy peasy!

The phone is connected via app on the parent’s phone. MyGabb will allow you to view your child’s phone number, location and call and message them. But you don’t need the app to be able to call them because it has its own phone number. Anyone with the number can call. Including robocallers which happened a few times with my daughters phone. It was actually a pretty cool teachable moment because now she doesn’t wonder why I don’t pick up my phone all the time.

Children can have as many contacts as you put in. If you tell your child to only pick up the phone when a name or picture comes up that they recognize it will help to filter calls.

The GPS tracking is great on the phone. You’re able to set a secure location, or multiple secure locations. When your child leaves the area with their phone it will notify you on your phone. I set ours to our house’s address and a bit around it. When she left to the grocery store with her Grandma it notified me when she left the area and when she returned home. It honestly reminded me a bit of that special clock that the Weasley’s have in Harry Potter. Pretty convenient all around.

If your child leaves the area you are also able to view where they are on a map. It’s very precise and I could have gone and picked her up had I not known if she was safe.

The MyGabb app will also refresh their location as often as you’d like. I have mine set for every fifteen minutes.

The Gabb phone is a great way to teach kids responsibility. I try not to nag about battery life and it would seem that she’s able to determine when she should charge it on her own. It does show the battery life on the MyGabb app though and will send parents a notification if the battery needs to be charged.

It’s also a great way to give her a little more freedom. As long as I can contact her I don’t mind if she goes out with friends. Though this has brought up a good point of something we need to remedy with her outfits. Not enough pants for girls have pockets!

There are numerous ways that you can play with your kids phones to make them a better tool for you and for them. It’s a really simple design and everything you need can be found after logging into Gabb’s website.

Part of the appeal of her having her own phone was that she’d be able to call and text family members that we don’t get to see often. It could be because they live far away, or just that life gets busy sometimes. But now she’s able to talk to them and have a stronger relationship with those that want one with her. It’s a nice way to keep in touch with the people that mean a lot to you with added security of parent supervision.

Taking and Sending Pictures and Video

Another fun feature is that I don’t have to lend her my phone anymore for her to take photos of the cats. Or videos of YouTube videos. I don’t know what it is with kids wanting to take a video of a video, but then I remember how we had VCRs growing up and it’s basically the same thing. The phone also allows her to send me these videos and images and have conversations that otherwise might not have happened.

There is a traditional radio built in that kids can listen to with headphones plugged in. The corded headphones act as the antenna and doubles as a parent bonus of not having to listen to one extra thing in the house. There is also a “Music” app to which you can add downloaded MP3’s to much like you would do with iPods.

There is a fantastic music service available with Gabb Phones called Gabb Music. The music allows kids to listen to family friendly music without any vulgar or sexual lyrics. And it’s not just boring music that you wouldn’t want to listen to. Kids can pick “channels” or genre styles and stream music when connected with WiFi.

Another program rolling out is called Gabb Music Plus which will allow you to create your own playlists, search and listen to specific songs, and download songs for offline listening. This option is going to be available for use with WiFi and cellular data.

Customer service is a great help if you end up running into any issues. They’re responsive and know how to fix things easily. It may take a few days sometimes to get the issue fixed but they are very attentive and won’t drop the ball on you. After using customer service myself, I’m comfortable saying that this is a great service to reach out to if you have a problem.

If you have a child that you want to keep in touch with but don’t want them to have an expensive phone with too many apps, this is the way to go. It’s one of the safest options I’ve found so far that will keep me in touch with my daughter when she’s out and about. And it’s a great way for her to reach me if she needs anything and I’m out running errands.