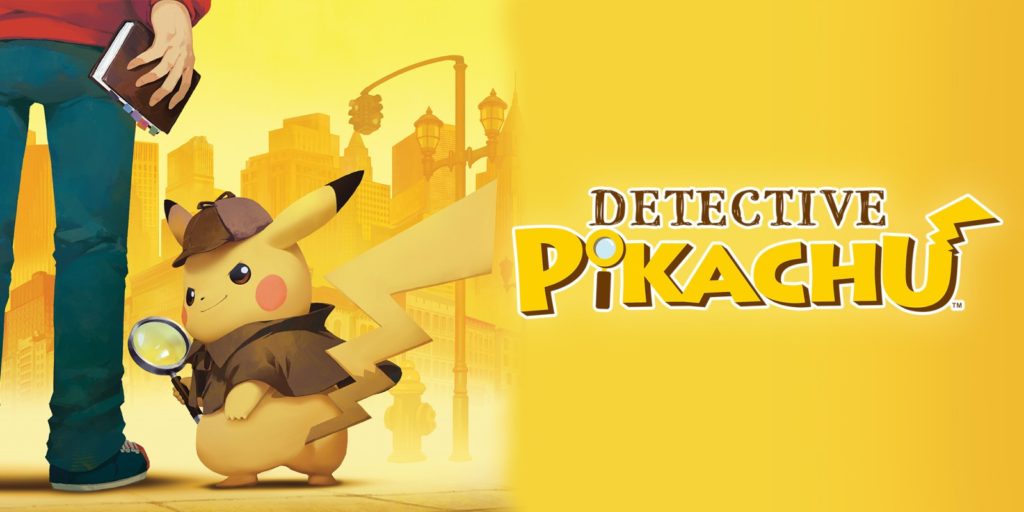 May is shaping up to be monster month. On May 31 Godzilla will battle Mothra, Rodan, and Ghidorah for supremacy in Godzilla: King of the Monsters. But before that on May 10 the pocket monster Pokemon will have their live-action film debut in Detective Pikachu.

The animated Pikachu is voiced by Ryan Reynolds and based on the trailers we have seen so far the seemingly odd choice really works.

The electric mouse’s cute and fluffy appearance hides a sassy and somewhat sarcastic attitude (courtesy of Reynolds). Detective Pikachu will be partnering with Tim (played by Justice Smith), the only human who can understand Pikachu when he speaks, and the duo will try to solve the mystery of Tim’s missing father.

A new poster and a behind-the-scenes trailer have been recently released. The behind-the-scenes trailer has Reynolds and Smith discussing their characters. Reynolds says, “When I first heard about Detective Pikachu I was excited to do a film that my kids would love and that I could watch with them. Detective Pikachu has got some sass, he’s got some serious attitude. He’s kind of a larger than life character, and he kinda has to be. He looks like a little yellow [cotton] ball. I try to bring as much personality out through the character as I possibly can” whereas Smith had this to say “This contradiction of seeing this cute, cuddly thing have Ryan Reynolds’ voice, it’s incredible. In Ryme City, humans and Pokemon live side by side as partners. Tim meets Pikachu and slowly starts opening up.” Sadly, we don’t see any of Reynolds supposed “method” acting of the character in the new trailer.

The new poster shows Pikachu in front of a variety of other Pokemon. Many have been seen in glimpses in the movie trailers, especially the recent Earth Day trailer. While previous trailers emphasized humor and one-liners as well as a little action, the Earth Day trailer took a different route. While Louis Armstrong’s “What a Wonderful World” plays, we see the beautiful Pokemon World of the movie with a number of different Pokemon spotlighted. The film takes a slightly melancholic turn as we see the two main characters sitting together, with Pikachu assuring Tim that “if your dad was here, he’d hug you so hard your bones would pop.”

So now we know that Detective Pikachu can not only tickle your funny bone, it can also tug on your heartstrings.