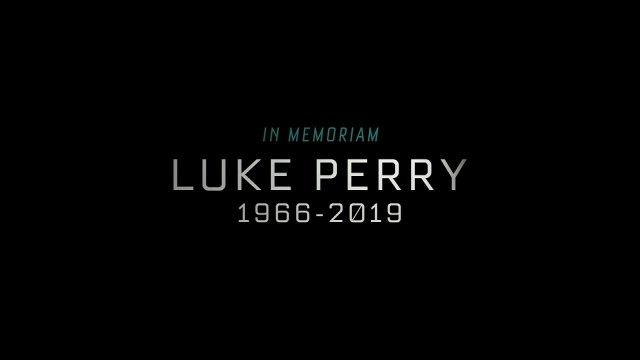 It hit hard for everyone when Luke Perry passed away. Heck most of my cousins are still trying to wrap their head around the whole thing. He was the boyfriend all girls wanted back in the 90’s and was a total sex icon of 90210. But for those fans of Riverdale they knew him as Fred Andrews. In this drama the CW gives to us, Fred’s character was loyal and that ray of sunshine that the world needed. With Season 3 happening soon we won’t have to say goodbye to Fred, yet.

However Wednesday marks the final episode we will see Perry. The show’s creator Roberto Aquirre-Sacasa took to Instagram with some news.

No clues as of yet of how the show will handle Perry’s death. Cole Sprouse told The View  that they have “Something narrative” that will take place. Perry’s death will be handled though, and yes it could mean several things could happen to his character. Will one of the villains of the show claim his death? Will he be written off and go to Chicago to be with his wife? Or will something else happen, something more natural.

“You know, honestly, we are I think all still in shock and are all still processing and grieving,” Roberto said. “We know that we have to address it in some way, but we’re giving ourselves a little bit of time and space before we figure out the best way to honor him.”

However it will be addressed we will have to wait and see. The first episode that aired after the beloved actors death included and In Memoriam to him at the end of the show.

The creative team, staff, and actors all agree that from here on out, they will dedicate each episode to Luke.