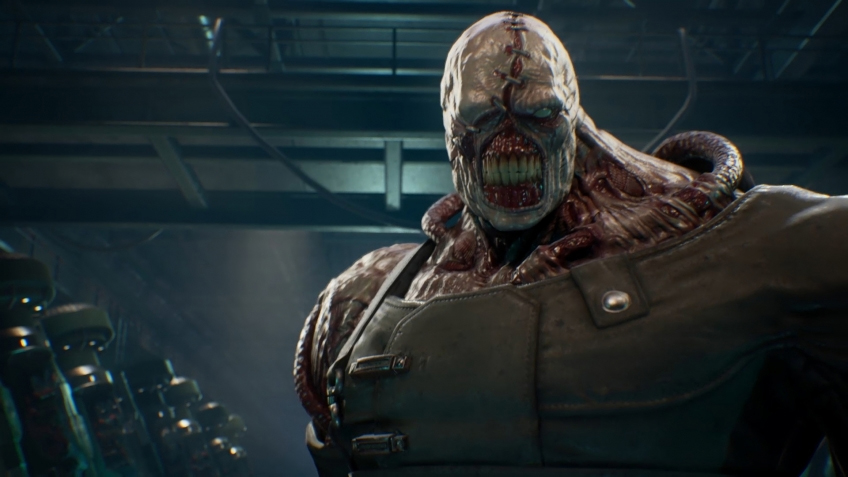 Resident Evil (or Biohazard) has been a long running gaming franchise for Capcom for many years. Literally creating games that scared the crap out of me when I was a kid. And had me hating the world with the lack of bullets in Resident Evil 2. It’s a gaming franchise that I have no doubt will continue to give us the creeps as well as to entertain it’s audiences for many years to come. With that said, they have also been giving us old school gamers nostalgia with the remake of Resident Evil 2 that was just released this year. But something interesting happened with their official RE Twitter.

If you don’t know the answer that is okay. But for those of us that have been around the block we know exactly what this means. N E M E S I S. THIS. IS. NOT. A .DRILL. PEOPLE!

No official word yet if this is just a sneak peak for RE3 or if it’s just a regular tweet. But rumors have been circling the web for sometime about the possibility of a RE3 remake. This tweet only adds fuel to that fire.

According to a very reliable source, (our Resident Evil leaker if you would) AestheticGamer said that a remake isn’t developing, but it’s for sure going to happen. AestheticGamer teased: “[the game is] not what a lot of people are probably going to expect. It’s not being made by the same team that made REmake 2, in fact it’s not even being internally developed by Capcom Division 1 at all. Who is developing it is very interesting.”

Also AG explains that when Resident Evil: Nemesis does show up it is going to be dropping in sometime in 2020. Any claims of course are only speculation. But for someone who has a lot of information this is news that cannot be just ignored. It wouldn’t be the first time that AG was right about any leaks that had been made. *coughs RE2 remake cough*

What do you think about a new Resident Evil Game? Tell us in the comments!