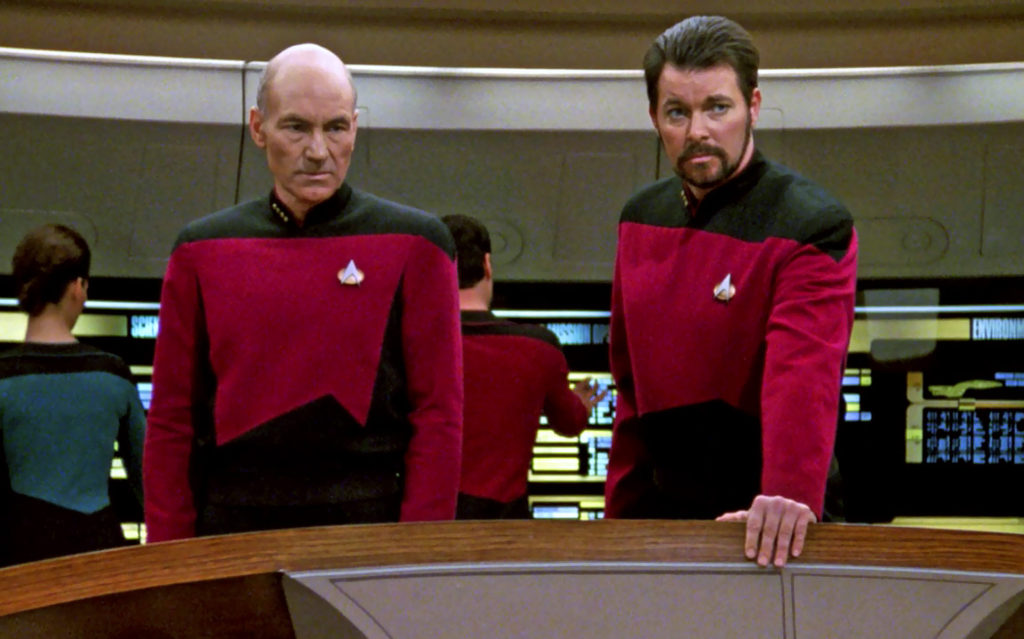 Jonathan Frakes, who has directed many a Star Trek Episode is now slated to join in the fun on the new CBS show for Picard. He will be directing episodes three and four, or what the call “the second block.”

The show will be like one long movie according to Stewart, with five different directors for two episodes each.

“Eighteen years later. I think the fans are going to be thrilled and excited and surprised,” said Frakes. “I have had the privilege of reading the first couple of episodes and I have spent some time with Patrick who is so engaged [laughs] Sorry. It’s wonderful. It’s smart. I’m excited about it. He is obviously more excited. His announcing of it at Las Vegas — which I believe was his idea —was very smart. You know he is 78, and he is going to be carrying the show on his shoulders, his considerable shoulders.

“I’m excited for him and personally, I feel so blessed to back. It’s so ironic that I spent so many years trying to expand where I was working and I was lucky enough to get onto other types of shows. The directing has been a mitzvah for me—to learn another craft. And now I am deeply ensconced in the world I was in 31 years ago—and I’ve got to say—incredibly grateful for it, between The Orville, and Discovery and Picard. And hopefully the Empress Georgiou show.”

Frakes is an amazing director and is responsible for such episodes from “Next Generation” like Sub Rosa, Attached, Cause and Effect, and Reunion. There are more episodes that have been directed by him in other Trek series as well, and Orville which was mentioned in his quote before.

I am excited to know that he will be so close to the production on the new show because that also means that we will maybe get a cameo. I would love to see both of them onscreen together again. And I hope they have many more moments like this.

Are you excited to learn that Frakes and Stewart will be working together on this? Tell us in the comments!