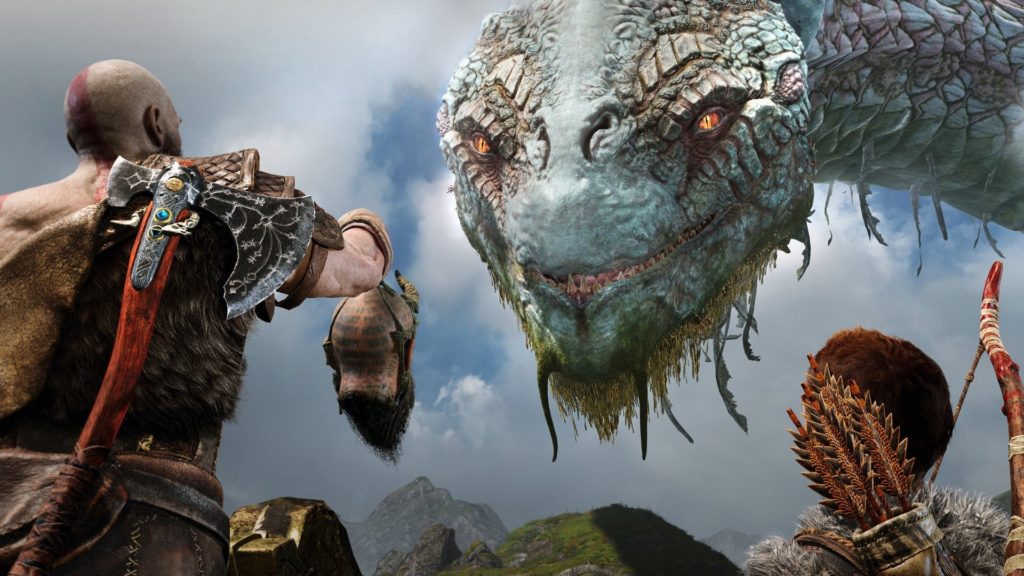 God of War has been a best selling franchise since its initial release back in 2005. And on the eve of the 1 year anniversary since its most recent game the company has decided to have a week long event for the fans around the world. To kick things in motion you can download these new themes right now!

The second confirmed gift to us fans

And on Wednesday there will be a special avatar set (also free). Whether you own the game or not, you can still enjoy the festivities of this celebration, and own these items yourself.

Sony Santa Monica had this to say in recent posts “In honour of you, our fans, we’re starting a week-long celebration of the one-year anniversary of this God of War, I’m very happy to indulge you with a small token of our appreciation. We’ve crafted a fantastic God of War Anniversary character PS4 avatar set that will be available free this Wednesday, and a PS4 dynamic theme available right now that will bring you back to serenity with Kratos and Atreus in the Lake of Nine. They’ll both be free at PlayStation Store (search God of War), whether you own the game or not.”

The studio also spoke about how much of a leap and change from the most recent GoW game and how they had to take that chance on something new. Sony expressed how much of a chance they had to take as well, “When Cory Barlog first brought us this transformative vision of a father and son embarking on an incredible journey together, a journey to honour a wife and a mother… but also one where a boy would teach his father how to be human again; and the father (Kratos) would teach his son how to be a measured god, we knew we had something special for our fans. Yet, change is hard. Change to a longstanding franchise comes with immeasurable doubt, a studio defining risk and a huge leap of faith. Thank you to our entire worldwide team; the Sony PlayStation family and you, the millions of God of War fans around the world who embraced that leap with us, on a journey we never expected. We made this journey together.”