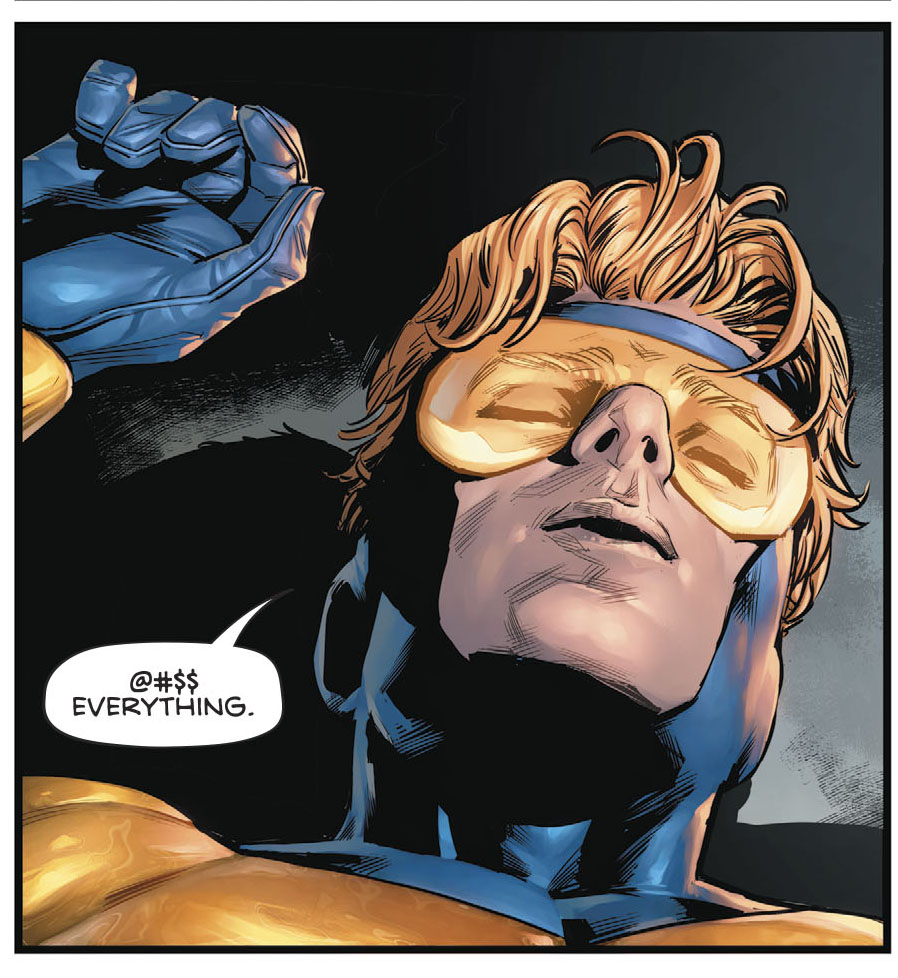 There’s only so much more of this I can take. This particular Issue is more filler than most, not even really exploring the insights of heroism. It’s more of a breather issues which alludes to some details and not much else. And as much as I would love a book dedicated to Harley and Booster talking about their issues, that’s not what the main focus is and I’m still upset over that.

While the art for the main story is fantastic, the artistic side stepping to Batman and Flash b story takes the reader out of the issue a bit and almost makes it seem like it’s from a different book, which is maybe the point.

While there is several different thing we could talk about, There’s only one real lead here in the issue which warrants discussion .

IVY AND WALLY , WHAT THE HELL

Sorry I lost control there for a second . Anyways, there’s so much to cover in the next few issues that I don’t know how the writer is going to do it. Although there is more and more awkwardly built ideas and tensions revolving around the death of Wally West which is concerning. Whether or not he is the killer, it’s clear something went wrong with him at sanctuary .