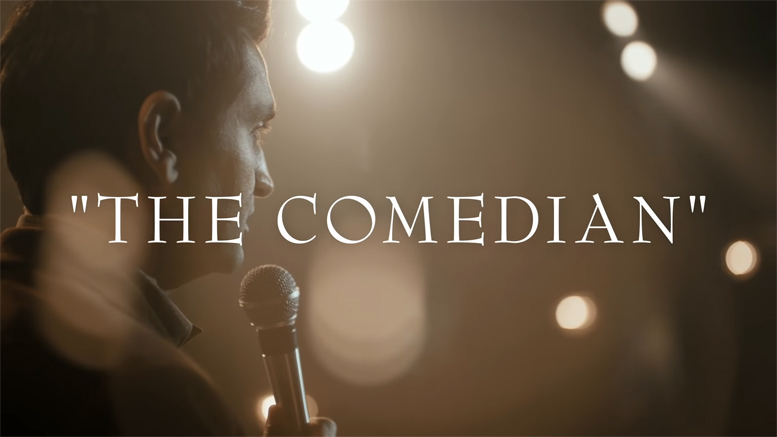 Fans of the old series, need not worry. What Jordan Peele and Co. have done here is shine a light at the end of a very dark tunnel. Beckoning us to take this very edgy and, at times political, journey with a show that hasn’t even begun. With the inaugural episode that you’re able to stream free through YouTube (link HERE), you can sit back and ease yourself into a familiar yet more matured version of the Twilight Zone.

Here are my SPOILER review and thoughts on episode 101 of the Twilight Zone: ‘The Comedian’.

This first episode oozes with nostalgia as we see a down on his luck comedian Samir Wassan (Kumail Nanjiani) try his best at stand-up after what seems like an eternity of nothing. It wasn’t until he was about to quit did the devil show up in the ‘fleshy-flesh’.

An older famous comedian, I assume because there was no backstory to that, by the name of JC Wheeler (Tracy Morgan) visits Samir and gives him some words of advice, spill his guts onstage as a way to connect with his audience. Samir, SHOOK just by the fact that a comedian he idols is talking to him, gets a sinister warning too: “Once they connect to it, it’s theirs, and once it’s theirs, that shit is gone forever.”

Samir didn’t know that shit was literal.
Soon enough, after another failed joke about the Second Amendment, Samir begins to joke about things close to him, beginning with his dog, which brings the house down. When Samir returns home to his girlfriend to tell her about his first successful set, he references the pet which inspired him, and wait for it… she has no idea about the dog and claims they never had a pet at all.

I will take this mic ANNNND DROP IT!

Samir doesn’t learn his lesson, and the next night he makes a joke about the young nephew he brought with him -— but once he leaves the club, the young man is nowhere to be seen, and again Samir is the only one who can remember him.

Now realizing his powers and what he can do, he starts his own ‘Death Note’. Like, halfway through watching this, I was like YO. This is Death Note.
(Recap of what Death Note is: Anime; a book in which if you write the name of a person, they will die of a heart attack unless the death is specified. Google it)
This is where it gets interesting because it harkens back to the classic Rod Sterling vibes of what being a human is like. The moral compass of right and wrong, selflessness or self-indulgence, all comes into play as we see Samir go through names after names of people who have wronged him.
The ‘tiny people’ you can say that he stepped on to get to the top.

Of course this all leads into…

After he makes a joke about his girlfriend’s mentor in an attempt to disappear the man whom he was jealous of, he finds out that he made A CRITICAL ERROR. The man he wrote out of existence also helped his girlfriend become a lawyer, and now she’s working in a diner with no memories of the romantic getaways they’ve had due to them never affording it. Things start to unravel around Samir until he is confronted on stage by his now ex.
Eventually, he decides to use his power on himself in a bittersweet and redemptive ending, right before we see Morgan return to lure another comedian into his game.

This episode was a great way to kick off the season and to quiet the skeptics. I would know, I was one.

In an age where ‘Black Mirror’ is the modern horror anthology about technology, Jordan Peele’s ‘Twilight Zone’ brought it back old school about what is truly terrifying… US.