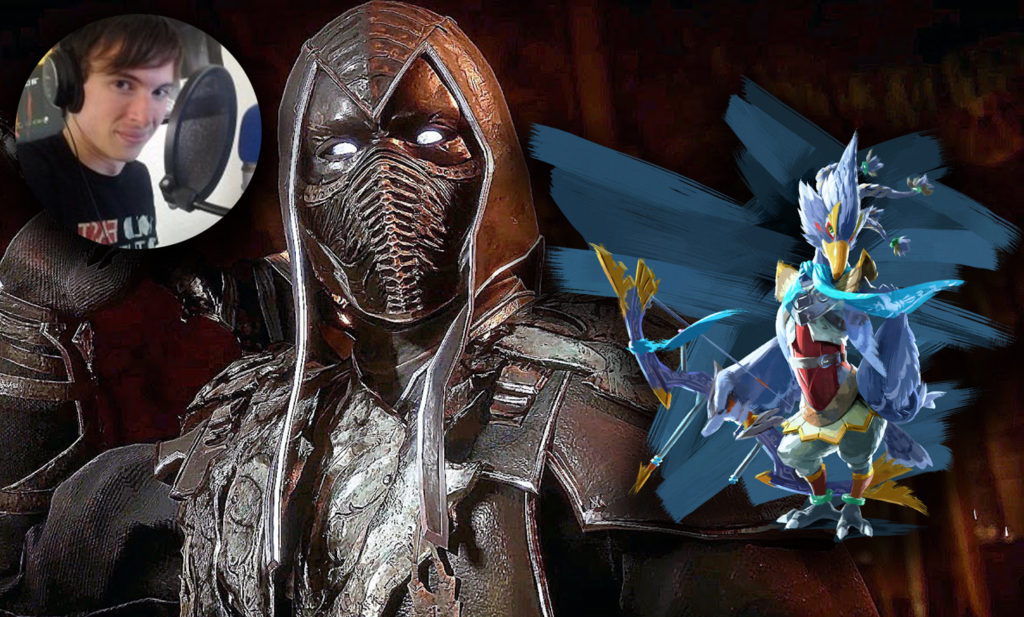 I think we all can agree voice acting is hard. Trying to portray an emotion into a microphone is easily one of the hardest things to do. You have to be able to sell it to whoever is listening, i.e. us. You have to feel what the character is feeling, you have to get that sense of the moment.

Sean Chiplock is a voice actor and now a So-Cal native. He is a great friend to all and whoever has the pleasure to speak with him, is indeed captured my his warmth and big heart. He has lent his voice to some great animes and video games as well. An iconic role you may know him from is none other than Revali from Legend of Zelda: Breath of the Wild. He also lent his voice to the Deku Tree and Teba in the series as well. As well as Kuroma from Toradora! Dyluck from Secret of Mana, just recently announced Noob Saibot from the eagerly awaited Mortal Kombat 11.

I have had the privilege to get to know Sean Chiplock through social media. My husband has known this guy for quite a while longer. It was a shot to see if he would agree, but I am glad we were able to have this little interview.

Can you tell us a little about yourself?

I’ve been a gaming addict my whole life – as a child it was just super easy for colorful visuals and silly characters to hold my interest, and as an adult it has helped keep my mind off of the business of everyday life once the hard work is done (as well as rewarded me for learning the game’s mechanics thoroughly by giving me the ability to break them). My love of animals transferred pretty quickly into a love for things that are soft and friendly, which goes a long way to explaining why 50% of my apartment is made up of stuffed animals. And above all else, I *love* food – so much so that it is basically my go-to whenever a friend or fan wants to spend time to hang out with me. Whether it’s a snack or a meal, the taste of most foods just brings me to a happy place, so it can be pretty difficult to keep my fridge + pantry stocked for any extended period of time.

What made you want to get into voice acting?

In the beginning, it was a pretty selfish mix of my perception of the craft plus my desire to be given (deserved) attention; the idea that I could be PAID to play zany and intense characters that were the focus of a show or game seemed like it fit in perfectly with my tendency to be a class clown. But I learned over time that there was this “permission” voiceover provides that isn’t normally available in real life; the permission to explore these worlds, lore concepts, traits, and situations that simply aren’t possible on Earth, but with a foundation in human emotions and desires that are very real and very applicable to most audiences. In a way, it’s a fair compromise for someone like me who tends to be very introverted; I am allowed to express myself and the creations of my imagination, in return for putting real effort into better understanding human nature and interactions as a whole. It’s equal parts familiar and challenging, so it’s hard to ever get bored!

What was your favorite role?

I try to find something I cherish in every role I do, regardless of how big or small it is in the context of the game (or even the audience). Whether it’s a brand new vocal challenge I overcame, a new “entry” into my portfolio in terms of broadcast or character type, or even just being able to showcase my skill in a role I KNOW I would do well with, being able to reflect on my past consistently helps me to familiarize myself with similar roles or opportunities in the future. With that said, I do have a few mainstays I go back to pretty frequently. Rean Schwarzer (Trails of Cold Steel) was the first persistent character who also happened to be a lead role in a game franchise; Revali, Teba, and the Deku Tree (Breath of the Wild) each presented vastly different challenges despite all being part of the same game; Zenke (Fairy Fencer F) was a chance for me to just go all-out with a “chaotic” character type; and Diabel (Sword Art Online) – despite how brief his appearance was – was the first time I ever ended up on Toonami, a milestone of hearing myself on the very same program block that helped me discover voiceover in the first place almost 12 years ago.

Do you identify with any of your characters?

I think this partially ties into the previous question, because a lot of enjoying myself with a role stems from finding what makes them fun for me to portray (which often involves infusing elements or traits that I typically enjoy or am entertained by). Subaru Natsuki (Re:Zero) is a HUGE mirror moment for me, because he has this determination and outlook of humor that persists regardless of whatever he’s been through… but he’s also not infallible or invulnerable, and we see plenty of those moments of weakness and self-doubt throughout the show. Rean Schwarzer is almost an aspiration of who I’d like to be, in contrast – a young-at-heart individual who still acts as a source of trust and comfort for a lot of his friends, and who is able to give serious thought into solving the problems before him even though he doesn’t want to resort to cheap tricks or unreasonably convenient “powers” to solve it for him.

If your current self could give your past self any advice, what would it be?

Honestly, a lot of the advice I’d give my past self STILL applies to advice I’d give myself from as little as a week ago: think before you speak, be more confident in your abilities, and learn how to just accept the fact that sometimes people will view you differently (for both much better and worse). The only thing you’re really in charge of is yourself, and it’s up to you to present the best version of you that you can. If you can vouch for yourself, then it’s much easier for others to do the same when the opportunity arises.

Which character would you say was the most difficult to voice and why?

Physically, Noob Saibot (Mortal Kombat 11) was perhaps the most consistently challenging role to maintain the voice for. Creating the demonic tone for him involved literally constricting my own air passageway in my throat, so that the exhales would vibrate my vocal cords more intensely to create that growl-like rumble effect. But when it came to doing battle efforts – many of which involve shouts and yells – the need for an open airway to project at a high volume meant there was a very fine line that allowed me to do that projection without losing the character voice in the process. There were definitely some specific lines or callouts that gave me a lot of trouble, and I’m grateful for the patience of the directors as I found the solutions to them in real-time.

Emotionally and Spiritually (no pun intended), Revali was by far the most rollercoaster-like experience with developing a character voice from scratch. The original development and personality I walked in with wasn’t perfectly aligned with what Nintendo was going for, and so having to scrap all that preparation and start from 0 left me feeling pretty naked; I relied a LOT on the director to help guide me to the new placement early on, and it’s thanks to his patience and support that I was able to reorient myself and keep faith in my abilities to follow direction. I loved the character the moment I saw his design and attitude, and so I was particularly hard on myself to ensure he got the best performance he deserved.

What is your favorite Video Game?

Jade Cocoon 2 is one I still look back on fondly even though I’ve completely decimated its challenges; it’s also the only one I can never truly say I’m “finished” with, as I’ve managed to have strong enough urges to end up replaying it once every 5-7 years. Etrian Odyssey is a franchise I will never tire of, and it doesn’t take long to find one of the many, MANY positive rants I’ve had about the series and its music/difficulty/mechanics over on my Twitter. Finally, Super Smash Bros. is one of those games I love so much because I hate it so much; getting frustrated over bad losses or mid-match decisions actually helps keep me humble by reminding me that I’m not perfect & there’s always room for improvement.

What is your favorite gaming console?

I go through phases. I was very much a Sega Genesis kid, but completely absorbed by the Gamecube and Game Boy Advance growing up. PlayStation Vita surprised me with its library after I was introduced to the Dungeon Crawler game genre, and the 3DS provided a consistent source of entertainment that basically found me switching between the two handhelds frequently. I’ve only just recently come to acknowledge the fact that the Nintendo Switch doesn’t have to sit in its dock 24/7, and I have a feeling that the more I try using it as a portable handheld the more adamant I am going to become about extensively using it as such.

Who is your favorite Superhero? Marvel or DC?

Spiderman for the wit, Batman for the morals. Marvel makes better movies but DC made better foundations.

Do you have any hobbies you would consider nerdy?

Given that “nerdy” is characterized by an obsessive interest in something, the fact that my internal ADHD makes it exceedingly difficult for me to stay invested in anything I’m not enraptured by means that the hobbies I DO actively partake in are nerdy by pure concept. But yes – video games, character cosplay, comedy writing, it’s all pretty nerdy.

How can we keep up with you and your current projects?

Follow my Twitter for voiceover-related announcements and giveaways, as it’s the most easily accessible medium for me with the widest reach across my supporters. Follow my Facebook for more behind-the-scenes and real life reflection-style musings from my brain (I say Follow and not Friend, because I reserve the latter for people I’ve actually known in-person). You can follow my Tumblr if you want, but ever since their recent changes it has become more of an archive of my past skits and memes rather than an active source of new content.

And then there is always http://www.seanchiplock.com/

**As a personal note, I want to thank Sean for the act of kindness he did. He left me a personal voice mail in character. I was beyond stressed and felt really bad. What you did for me will never be forgotten, and if you go to AX this year I will be sure to give you a giant hug. I look forward to hearing what you will be doing in the future, and know that you are truly leaving an imprint on the anime and game scene as an actor. 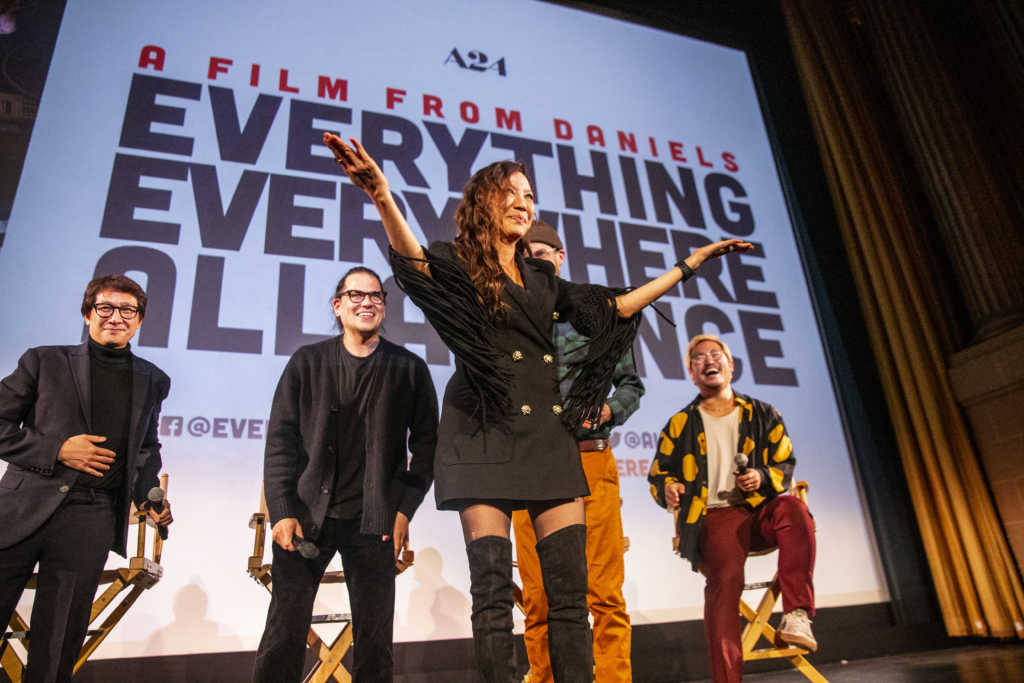 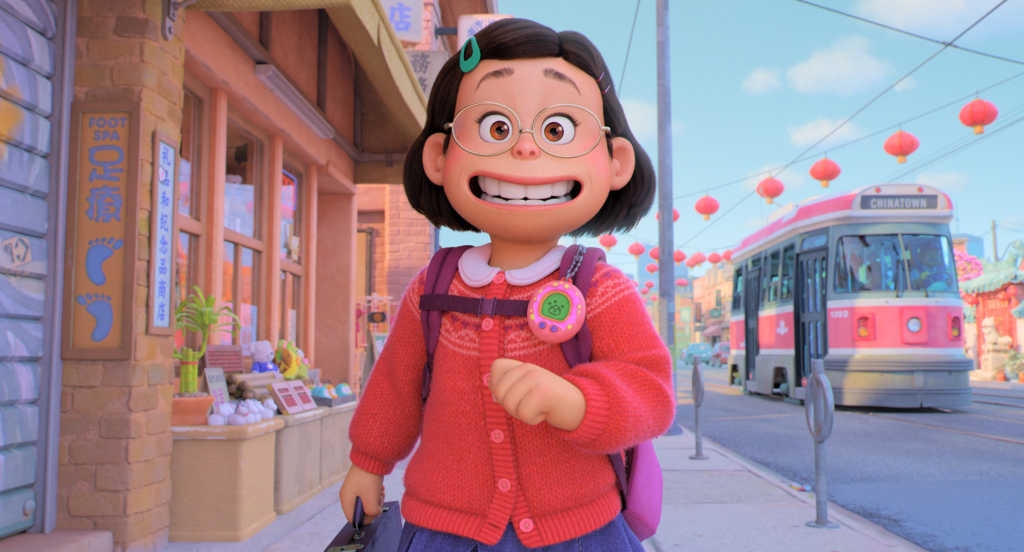 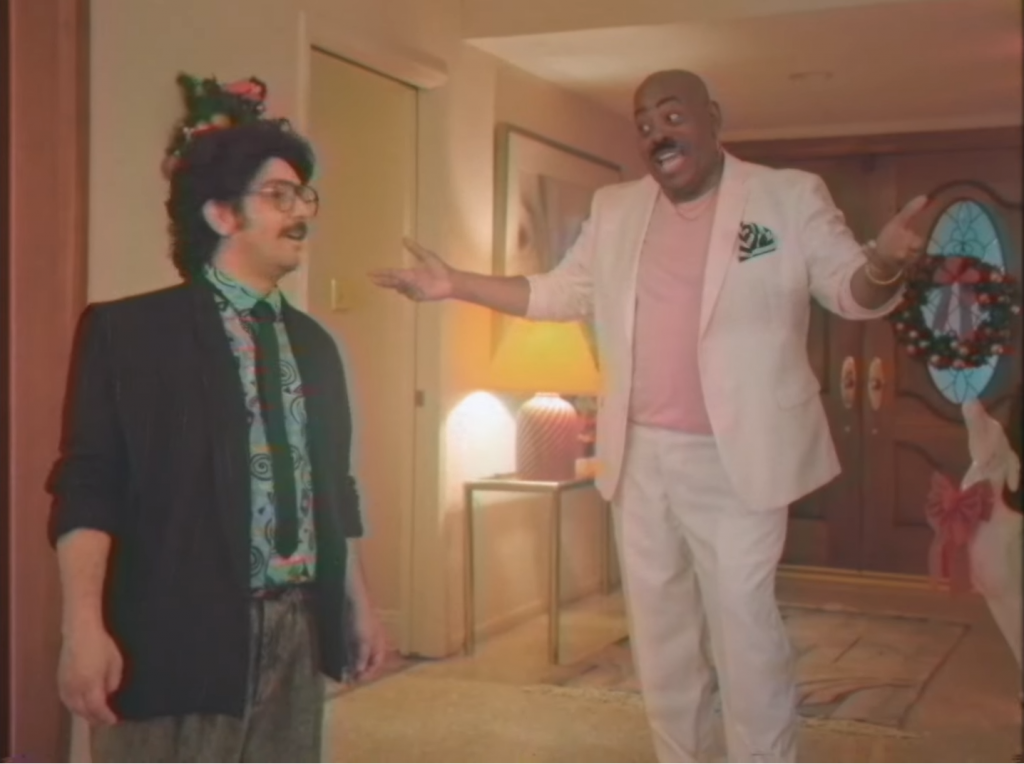