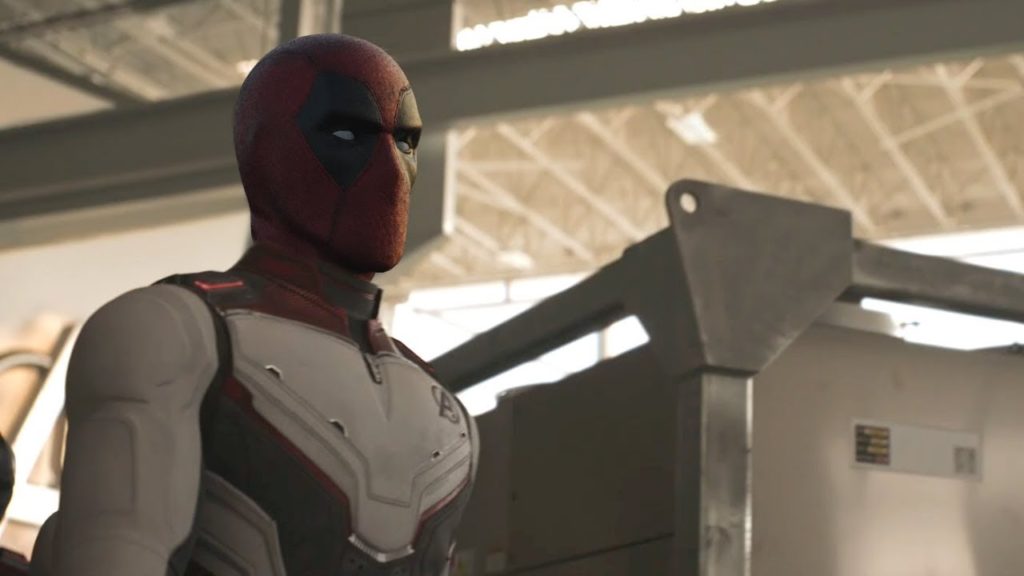 With the news that the Disney-Fox deal is closing soon, fans were wondering if we could start to see hints of X-men or Fantastic Four characters in Endgame credit scenes. Probably not with the tight timeline until Endgame comes out in April.

But now those hopes are partially answered as a fan has edited Deadpool into the latest Endgame trailer. And it’s pretty funny.

The Merc with a Mouth is at his foul-mouthed best as he mocks the trailer and inserts himself in key spots. Poor Hawkeye doesn’t get much love as he is labeled “boring” several times (but hey, at least Hawkeye made it into this film). Ant-Man also gets a diss for searching for his superpowers. Falcon doesn’t fare much better.

But perhaps the best bit comes when Deadpool inserts himself into the scene with Thor and Captain Marvel.

Anyway, kudos to the fan who made the edited trailer. It gives us a brief glimpse of what might have been if Deadpool was let loose in the MCU. The original trailer got 268 million views in just 24 hr, wonder how many this edited vid will get?