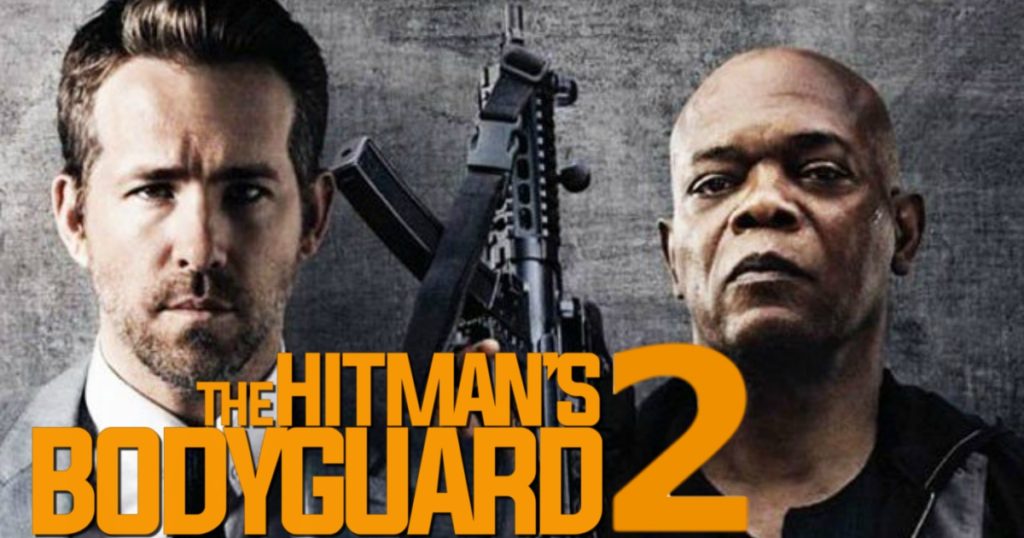 The Hitman’s Wife’s Bodyguard, a sequel to the 2017 film The Hitman’s Bodyguard, has started production. The original movie featured Samuel L. Jackson as hitman Darius Kincaid, Ryan Reynolds as bodyguard Michael Bryce, and Salma Hayek as Kincaid’s wife Sonia Kincaid, who is used as motivation to get the hitman to testify against that movie’s baddie, played by Gary Oldman.

The original film grossed 176.6 million worldwide. It is rated only 42% on the Tomatometer but has a 67% ‘liked it’ audience score on Rotten Tomatoes.

The sequel reunites Jackson, Reynolds, and Hayek as well as director Patrick Hughes and writer Tom O’Connor. Also returning is Richard E. Grant as Mr. Seifert, a client of Bryce. Joining them are Frank Grillo (who played Crossbones in the MCU) as an Interpol agent, and Morgan Freeman and Antonio Banderas in undisclosed parts. According to Variety, Grillo’s Interpol agent needs Bryce, Kincaid, and Sonia’s help to prevent a cyber-attack in Europe. The synopsis released by Lionsgate says: “Set on the Amalfi coast, the mismatched, high-octane trio are unwillingly pulled onto the side of the good guys as they battle to save Europe from a vengeful and powerful zealot with a dangerously over-developed sense of national pride.” Filming should take place in London, Croatia, and Italy.

Jackson is having a busy year, appearing inGlass and as Nick Fury in Captain Marvel, Avengers: Endgame, and Spider-man: Far from Home.

He teased the sequel on social media with “Heeeeee’s Baaaaaaack! Darius Kincaid in all his Profanely Lethal Glory!!”

Reynolds chimed in on Instagram with a picture of himself (spattered with blood?) along with Jackson and Hayek and the caption “Two Guys, A Girl and-oh My God What The Fuck? Here we go again….” Reynolds will be heard voicing the title character in the upcoming Detective Pikachu.

With the Disney-Fox deal going through, maybe we will see Reynolds and Jackson teaming up as Deadpool and Nick Fury sometime in the future.