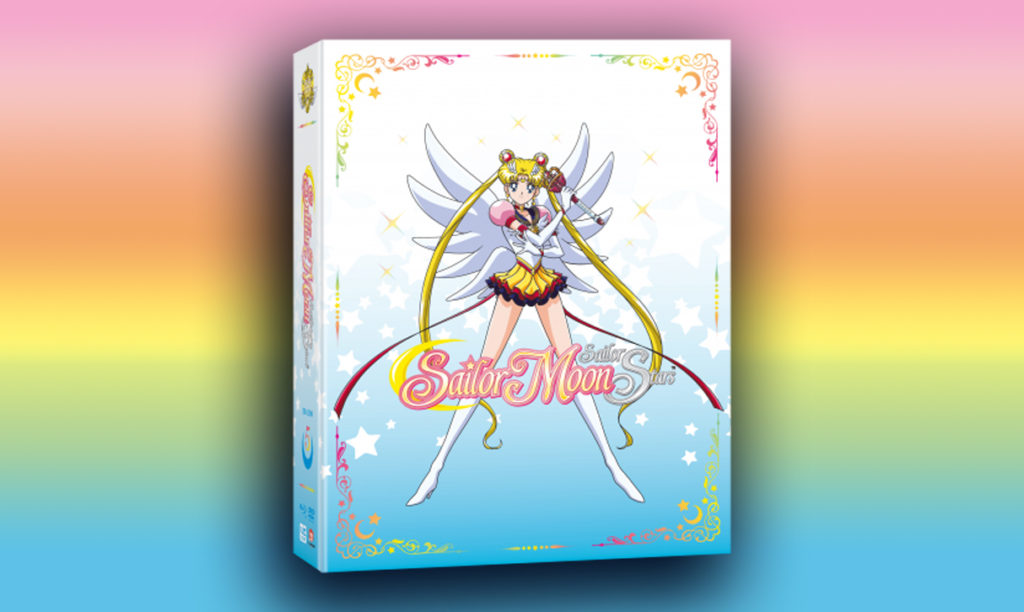 If you know me you know that I am very excited about the release of Sailor Moon Sailor Stars on Home Media. I wrote an entire article detailing why my love of the fifth and final season is so strong. Now in a spotlight article showcasing Sailor Moon for March they not only tell us all about the series and the fans in an interview with Fumio Osano(The Japanese Editor for the series) but leak the design for the upcoming box set release!

“Sailor Moon Sailor Stars Part 1 is coming to home video very soon! The special Limited Edition version includes exclusive behind the scenes interviews, 17 episodes on 3 Blu-rays and DVDs, booklet and much more all in a gorgeous deluxe collector’s box!”

It also makes sense they would spotlight Sailor Moon for March. There are so many memorable moments in the series history that take place this month. Sailor Moon premiered on TV in Japan March 7th, 1992. Sailor Neptune’s Birthday is March 6th. The Sailor Moon Super Live is coming to the states this month. And the biggest date of all is March 15th which happens to be Naoko Takuechi’s Birthday.

I can’t wait for this and if you are a moonie I know you are reaching for your wallets as well. Unfortunately Preorders are not open yet for the set but as soon as VIZ puts out that Press Release we will let you know!

What do you think of the new design? Are you excited to see the complete English Dub of Sailor Moon from start to finish? Tell us in the comments!