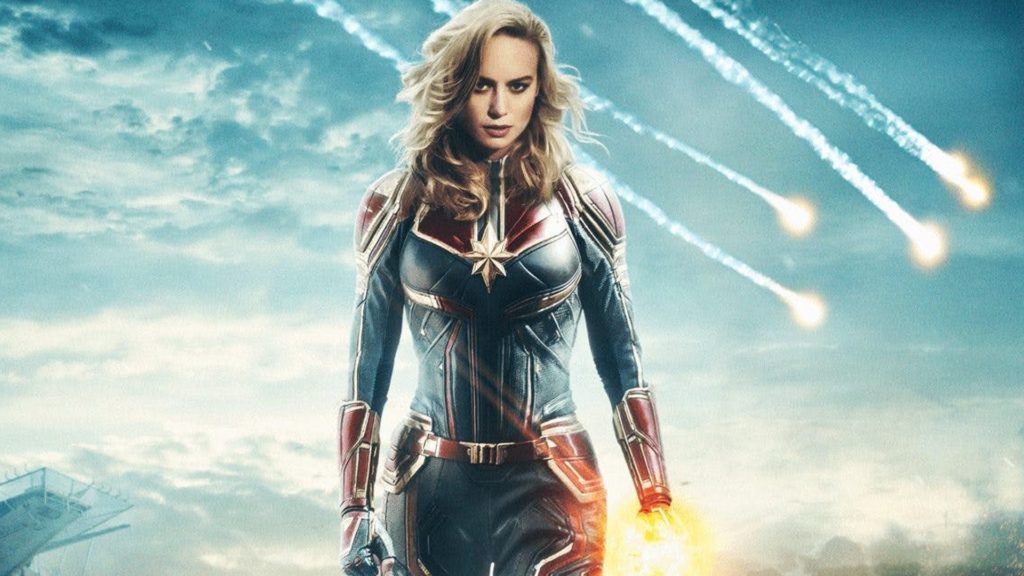 Captain Marvel has been a long favorite of mine. Recalling memories, I have a few that stand out, when I got married, bringing home my baby brother, and when Captain Marvel was announced for its full length feature film. Whether it’s from her majestic look or her cat Chewie, Carol is a badass who is not to be messed with.

Today I got to fulfill my dream of seeing one of the first showings (of what we will assume will be many) and I wanted to write up my thoughts on the film. This is mostly spoiler free, and I will alert you when to stop reading.

For watching this movie you don’t have to worry if you have never read Captain Marvel. They do a good job of explaining things. The movie starts off slow but it only takes about half an hour to get to the core of the story. Brie Larsen and Samuel L. Jackson play off each other so well and I just loved how their friendship bloomed on screen. The storyline does an amazing job of keeping everyone engaged. Jude Law was flawless as ever and Gemma Chan and probably one of my favorites in the film.

One thing that I absolutely loved about the movie, was this really geared towards females and needing to be strong on our own. We see our girl get knocked down a couple of times but she gets right back up and keeps fighting. The 90’s soundtrack was perfectly in sync with what was going on and I found myself singing along to the songs. It hit all the right beats and the comedic timing was near perfect. Go see it at the first chance you get, you won’t regret it. If you only go for the cameo from Stan Lee at the beginning it will still be completely worth it. I do have to warn you bring tissues for that part, you might cry seeing him onscreen.

All in all the movie as a whole was a solid 4.6 out of five stars.

— Spoilers From This Point —

Now for why I didn’t give it a solid 5 stars. As an avid reader there were a couple of things that pissed me off.

1) Chewie is not in the movie

The cats name is not supposed to be Goose, it’s Chewie. It’s canon that Carol loves Star Wars which is why she names her cat Chewie. Chewie is a Flarken who is a deadly alien species. But you do get to see this in the movie, which is pretty awesome.

They actually made Mar-vell a girl in the movie. And that to me is a HUGE blow. Because the whole premise of Captain Marvel (who was once known as Ms. Marvel) becoming who she was is because of Mar-vell. Well in the movie Lawson the name is there, it is being associated with Annette Bening’s character. They took that away from us readers. Also, it’s a known fact that they (Carol and Mar-vell) have a thing for one another.

In the comics she gets her powers because her DNA fuses with Mar-vell’s. So the movie wasn’t far off, it was just annoying to me.

All in all this was a good film for the MCU. I recommend you check it out.

Are you planning on seeing Captain Marvel? Tell us in the comments what you think if you have seen it or tell us why you aren’t!