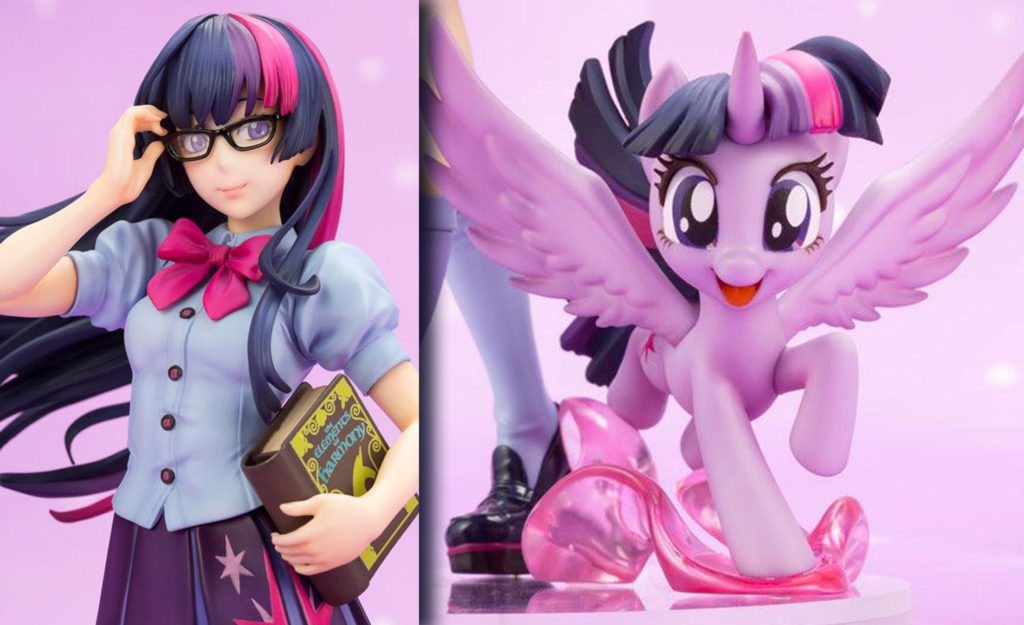 If you love anime and My Little Pony Friendship is Magic then JList may have just the thing for you.

Recently they put up a very pretty bishoujo version of human Twilight Sparkle accompanied by a pony version of the character on the base. The figure retails for $115.

As for other figures in the set so far the only one listed on the site is a Bishoujo Pinkie Pie. She also retails for $115.

They both look completely beautiful and honestly if they made an anime with the characters I would be for it. As we all know My Little Pony Friendship is Magic will be getting its last season soon. Then the My Little Pony Reboot will be happening and we have had very little information on what that will mean. It could at this point be a reboot of either Friendship is Magic or the 80’s version, My Little Pony and Friends. I’m personally opting for the latter considering that Target has been selling throwback ponies for a while now.

Would you buy either of these? What do you want the reboot to be? Tell us in the comments!