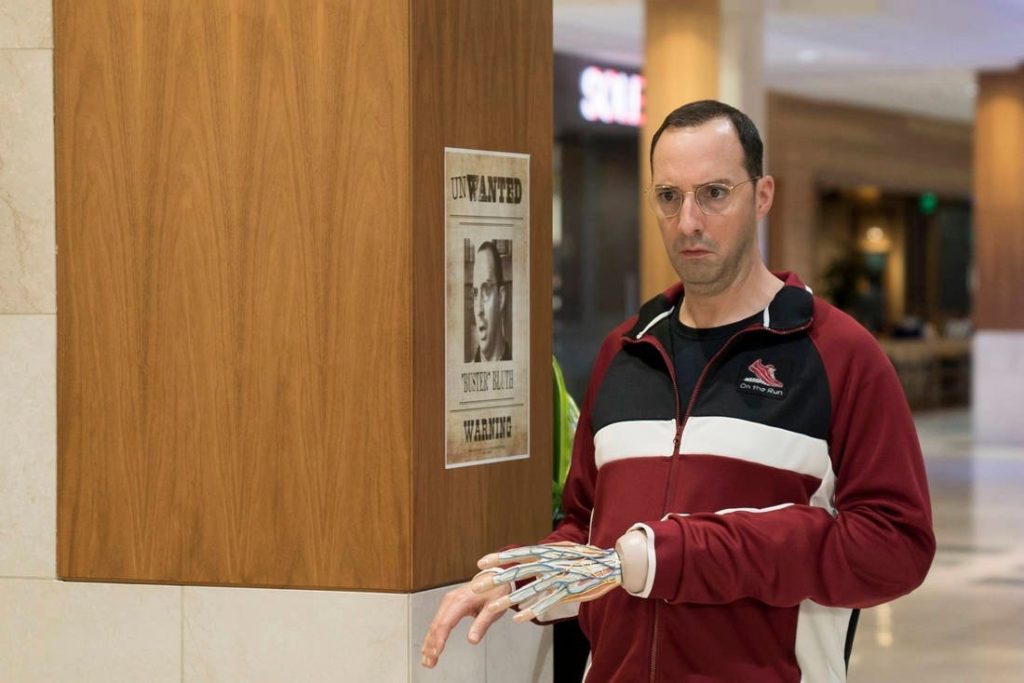 Netflix announced Tuesday that we will be getting the second part of Arrested Development Season Five next month. The new episodes will air March 15th!

Netflix also released a set of preview photos you can scroll through here.

When Netflix first took over the beloved comedy series Arrested Development they kind of “Blue” themselves. Things were released out of order because they couldn’t get the actors together and had to patch work it. Fortunately Season Five part One was a huge step up from that and we were able to not only see them all together again but get a real sense of what we loved so much about the series originally.

So if you haven’t started watching Season Five yet this would be the time to do it. You have a month to get caught up and then dive back into the hilarity that is Arrested Development.

Are you excited to see more Arrested Development? What are some of your favorite jokes? Tell us in the comments!