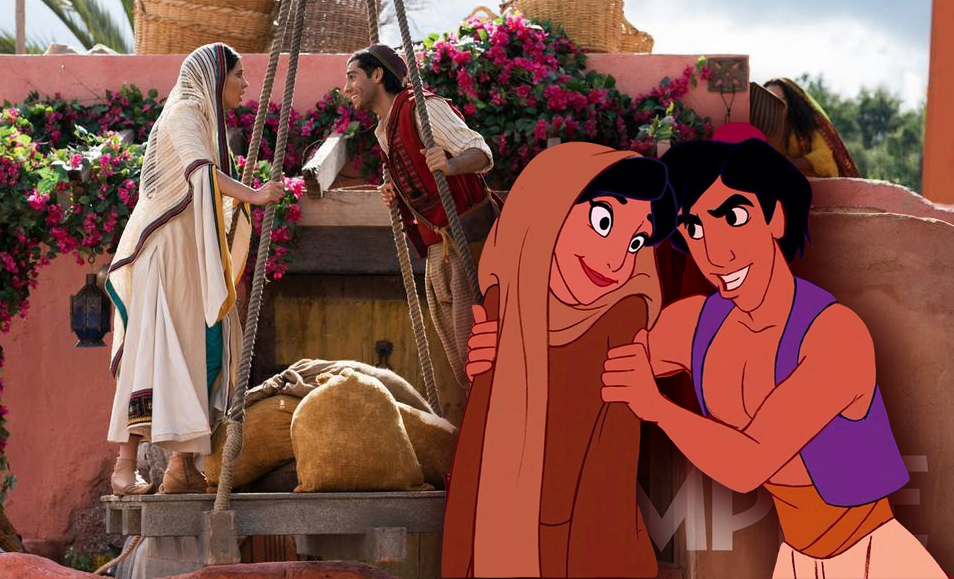 On Tuesday we got an image from Empire of Jasmine and Aladdin meeting for the first time.

The photo is of them up on a platform and is supposed to be from the scene where they first meet. The reason that this image gives me hope is that going back and looking at scene where they meet in the cartoon movie it is much different.

They could very well be recreating a similar scene. If you remember in the cartoon Jasmine gets caught stealing and Aladdin has to come to her rescue. My inclination is that they will be rewriting that somehow and instead she will be the one to save him. That seems to be they way they flip the script lately in Disney films. Of course then it would make more sense to call the movie “Jasmine.”

If you remember before we saw the trailer in a side by side form which made a lot of people skeptical that they would be recreating the entire film without any deviation from the plot. Here is the video below.

I’m excited to see what they do with the film regardless of the weird blue genie that is Will Smith. I do have confidence in his performance I just hope everything looks ok and it doesn’t border on uncanny valley with the rest of the CGI. Since we did only get a glimpse of him before.

What are your hopes for the movie? Do you think it will be super similar? What do you hope that they change? Tell us in the comments!