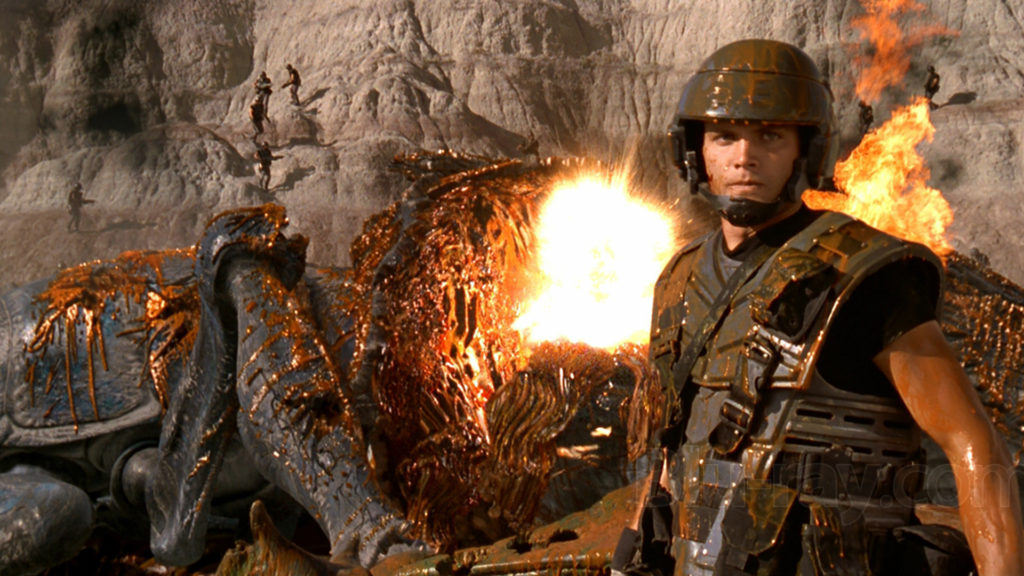 Starship Troopers might be getting a TV series featuring some of the original cast!

According to screenwriter Ed Neumeier, a reboot of the franchise featuring at least some of the original cast is being looked at as a big budget TV series. Neumeier was a screenwriter for the 3 original movies and an animated feature based on the novel by well-respected sci-fi author Robert A. Heinlein. The first and most well-known film was directed by Paul Verhoeven of Robocop and Basic Instinct fame. Though Verheoven also directed Showgirls…

No word yet on network or streaming interest of if any of the original stars like Casper Van Dien, Neil Patrick Harris, or Denise Richards will be involved. I will boycott if the dude from Shasta McNasty doesn’t come back.

The original movie is somehow an Oscar nominated film with a cult following despite being frequently panned by critics. Still, the idea of a weird fascist planet that goes to war with aliens that are probably innocent the entire time is a great start for a politically smart series. Only time will tell whether or not service to a TV series guarantees citizenship.

What do you think of getting a new Starship Troopers TV show? Tell us in the comments!