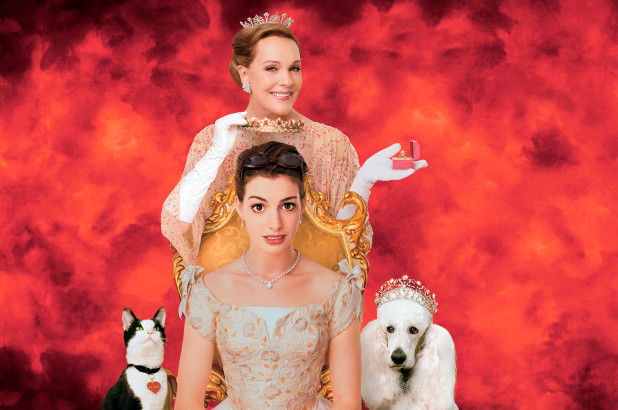 Anne Hathaway Confirms ‘Princess Diaries 3’ Script is Being Worked On

While guesting on Watch What Happens with Andy Cohen, Anne Hathaway received a question from a fan about the status of Princess Diaries 3. She confirmed that they are in fact working on the script and that everyone was on board.

So we know for sure now that they are in pre production for the film but have no information on when this might be happening. If they are in final workups for the script it could happen as soon as late this year early next year.

Since it has been about 15 years since the last film there is infinite directions that this could go in. My guess, since the buzz with royals lately is kids and babies… Maybe she has had a daughter that is kind of an outcast? Maybe she is going to have a baby? Maybe the land of Genovia is in trouble? Or it could be all three. Whatever the case I’m glad Julie Andrews is on board because what a treat she is to see on screen.

Are you ready for a Princess Diaries 3 to come out? Tell us in the comments!

Pilot For The Lost Boys TV Show Ordered By The CW