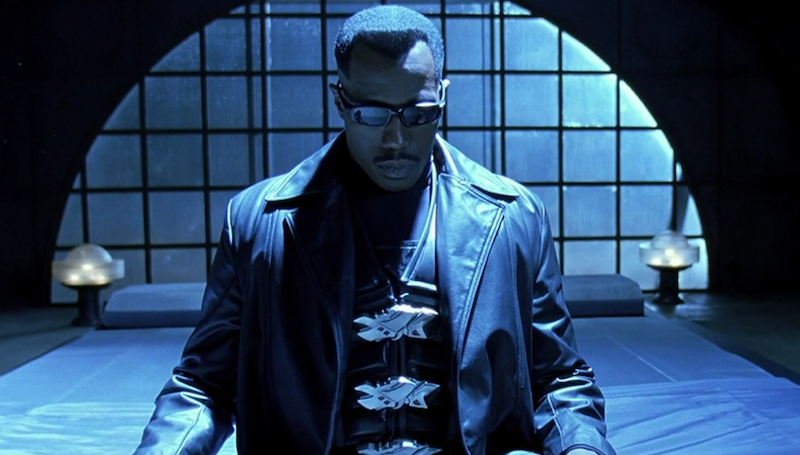 I keep forgetting Blade is a comic book character, let alone one that has amassed a huge cult following over the last going on twenty one years now. The films are more popular now than they were back when N’Sync dominated the Billboard charts. And thanks to social media, there has been a call for Passenger 57 himself Wesley Snipes to reprise his role as the feared vampire hunter.

Personally I believe Wesley Snipes playing Blade again has sort of become a folklore so to speak. The topic seems to enter the zeitgeist every now and then with the usual Twitter voices trumpeting their support for the idea. Most recently, Snipes did an interview with Vice for the 20th anniversary of the first movie and had the following to say about the possibility of a Blade return:

“There are a lot of conversations going around right now and we’re very blessed to have the enthusiasm and interest in something coming from that world again. We’ve created two projects that fit perfectly into this world and, when people see them, I think they’re only going to have a problem with deciding which one they love the most.”

But the next time you see something in, mark my words: what we did before is child’s play compared to what we can do now.” I’d like to thank WeGotThisCovered.com for reporting on the story.

As Avengers: EndGame approaches, plus Disney’s acquisition of Fox could spell some interesting things for the MCU. As the Marvel machine continues to grow, room for new faces, and maybe a couple old ones too, might be a good way to do something different in the realm of comic book cinema. While an R-rated vampire killer movie is the farthest thing from a live action Lion King feature presentation the Magic Kingdom is known for… Disney will have to evolve with their audience.

Marvel took back rights to the character in 2012 so lets hope Wesley and Disney make it happen!!

Would you like to see Wesley Snipes return in another Blade movie? Let Nerdbot know in the comments!!