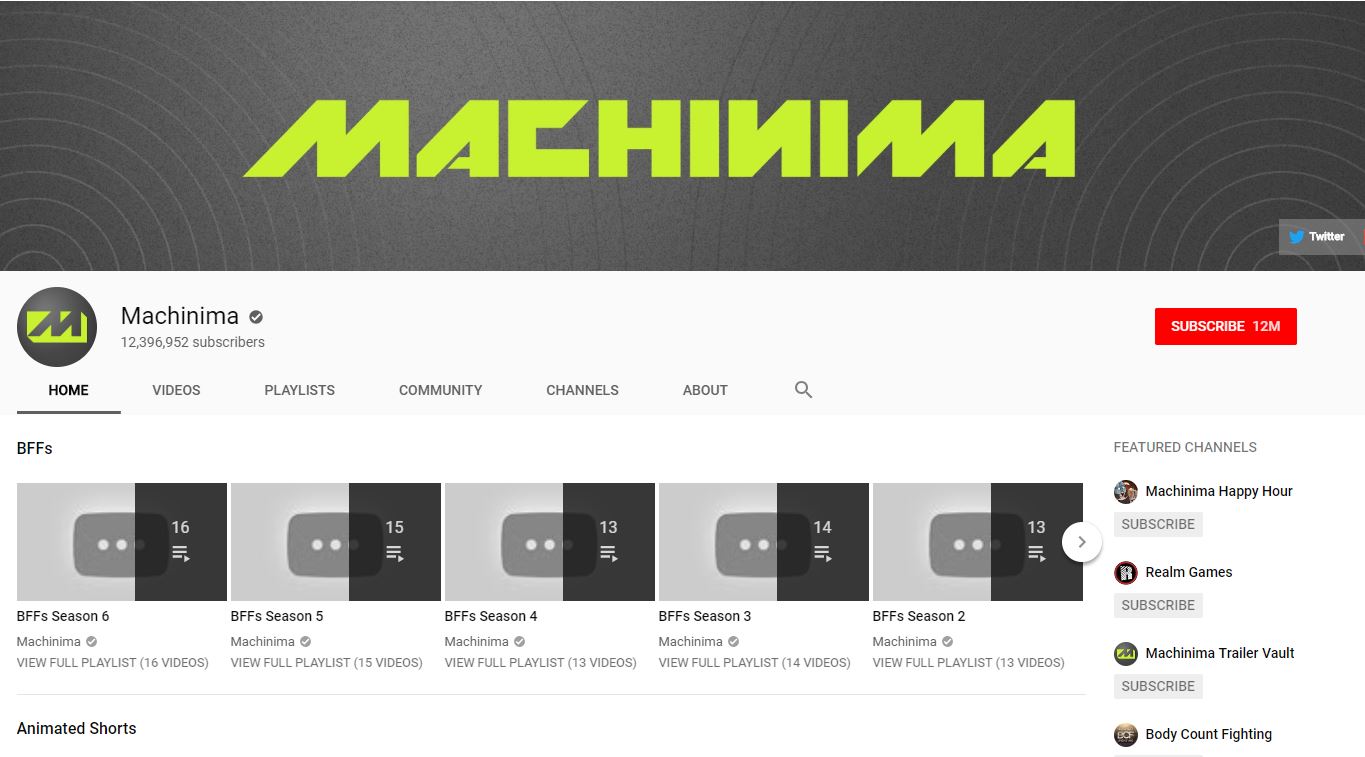 Machinima a company that has been around for thirteen years suddenly disappeared recently leaving fans and subscribers wondering why.

While the website for Machinima is still up and functioning and the Twitter is still there the YouTube channel has been wiped clean. Every single video that they had up on the site has now been set to private viewing so subscribers of the channel cannot view the content. No one knows why and when other media companies reached out to Otter Media they simply stated that, “We are focused on creating new content with the Machinima team, which will be distributed on new channels to be announced in the coming months.

Not only the main channel, but all related channels were affected as well such as Machinima Happy Hour, Machinima Trailer Vault, Realm Games and Body Count Fighting.

The last tweet that they put out was from January 17th, only four days ago now. You would think if they were shutting down there would have been some type of warning, at least to let subscribers know that they would be providing other content on other channels and to not be alarmed.

Machinima was founded by Hugh Hancock in 2000 and then was bought out by WarnerMedia. If you check the Wikipedia the first sentence starts with “Machinima was” which is not a good thing. Scrolling on to the company history there is a section for January 18th…

“On January 18, 2019, following the consummation of the reorganization, all Machinima content was abruptly pulled from its YouTube channel without warning. Fullscreen explained that Machinima would now be an in-name-only unit of Fullscreen, that it had “pivoted from distributing content on a handful of legacy operated channels”, and was “focused on creating new content with the Machinima team, which will be distributed on new channels to be announced in the coming month.” Fullscreen GM Beau Bryant stated in an email sent to Machinima partners that they were “going to great lengths ‘behind-the-scenes’ to ensure a smooth and efficient transition”

So what will happen to the Machinima team seems to be that they are being redistributed. It still makes you wonder what happened that the company would dissolve so quickly. Was this planned? Was it a long time coming? Or did something else happen? Something must have happened internally that we aren’t seeing.

What do you think of Machinima disappearing? Were you a subscriber? Tell us in the comments!