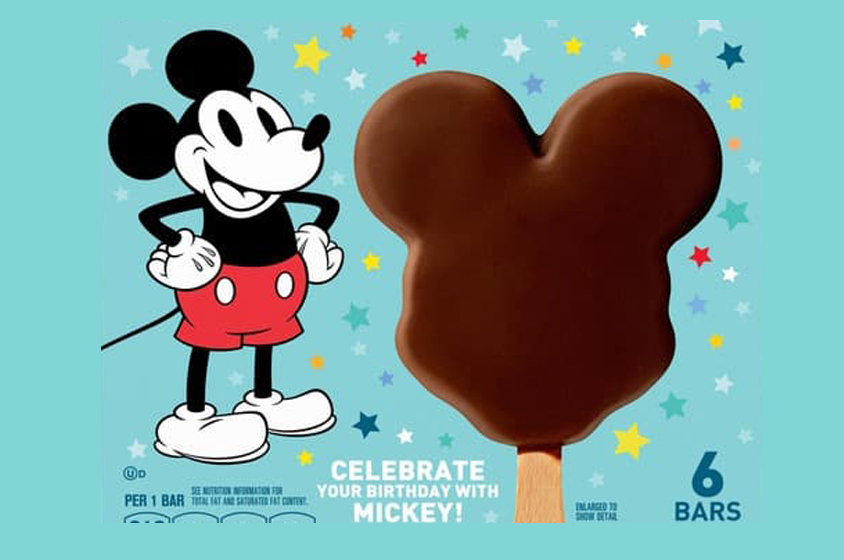 With the increase in prices for not only day tickets but also annual passes there is going to be a big void left for many a Disneyland goer. Including myself whose pass is just about to expire. Fortunately though because of Mickey’s 90th Anniversary grocery stores are about to sell an ice cream bar similar to the one offered in the parks.

Disney and Nestle have teamed up to bring you a chocolate covered vanilla bar that is only just about an ounce off of the one sold in the park. Those are around 4oz where as these will be closer to 3oz. The box will cost just under $8 for 6 bars, which isn’t bad when you compare it to the $6 for one ice cream at Disneyland.

For those of you who will be missing the in park experience in the coming months, hopefully this will ease your pain. You can always blast some Disney music and close your eyes when you take a bite of these. I know I will be.

All in all though what I really want to see back in the stores are these popsicles. When is THAT going to happen?

Are you excited for these ice cream bars? Tell us in the comments!