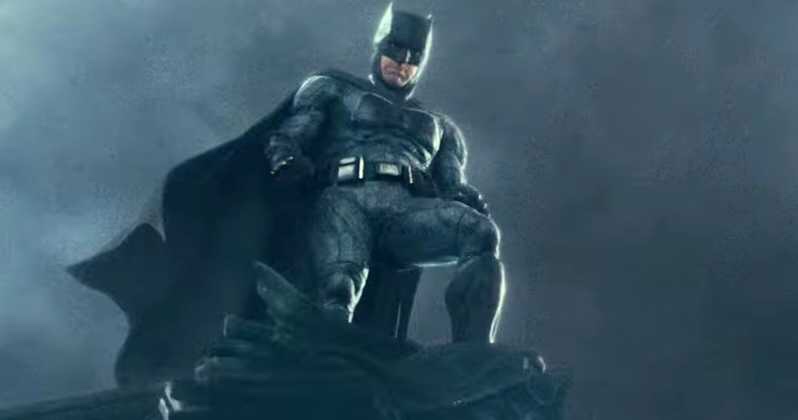 Will ‘The Batman’ Start Shooting In November?

Nothing like starting off 2019 with yet another update regarding Matt Reeves’ upcoming solo Batman movie. For those of you who have been as wrapped up in this whole saga as I am… we are finally getting something substantial. And even though it might be a couple years before The Batman hits the theaters, we’re starting to see the light at the end of the tunnel.

The latest update comes from The Hollywood Reporter’s Heat Vision Newsletter. These three commentators; Aaron Couch, Borys Kit, and Graeme McMillian discuss various topics within the industry. During the dialogue, which you can read here, Borys (blogger for The Hollywood Reporter) reveals Matt Reeves’ has “basically” submitted the script and plans to begin shooting this November. Just in case you were wondering, the article mentions Ben Affleck, but only the fact that he’s probably won’t be dawning the cape and cowl anytime soon. It’s time to bring the Armie Hammer down!

Okay, so I know it’s not like the studio announced a new actor who’s playing Batman. Nor did they provide a concrete shooting schedule so people can get their cell phones ready. However, the aforementioned news has a little bit of weight to it.

Here are a few things to keep in mind:

If… IF… The Batman begins shooting in November, that means we’re probably looking at casting announcements over the next few months. Or, DC could totally be the talk of the entertainment world at Comic-Con by dropping our new Bruce Wayne during their panel.

Here’s a fantasy for you; what if Warner Brothers announces the new Batman and he makes a cameo in Todd Phillips Joker movie? Hashtag Dream Come True.

A November start date could also mean The Batman gets released before Flashpoint. Provided Flashpoint is still a thing.

The Batman will more than likely follow Birds Of Prey. I’m predicting Birds Of Prey sets a premiere date for 2020, there’s no way Matt Reeves finishes the project in less than a year. I’m sure Warner Brothers is just as eager to get this movie made. Everything seems to be primed and ready to go, all we need is somebody to open the gates. I watched War For The Planet Of The Apes, Reeves is the right person for the job, something special is on the horizon.

As always, I’ll be covering the developments so be sure to check back with Nerdbot as The Batman Saga continues.

Are you ready for the Affleck Saga to end and production to begin? Let Nerdbot know in the comments!!