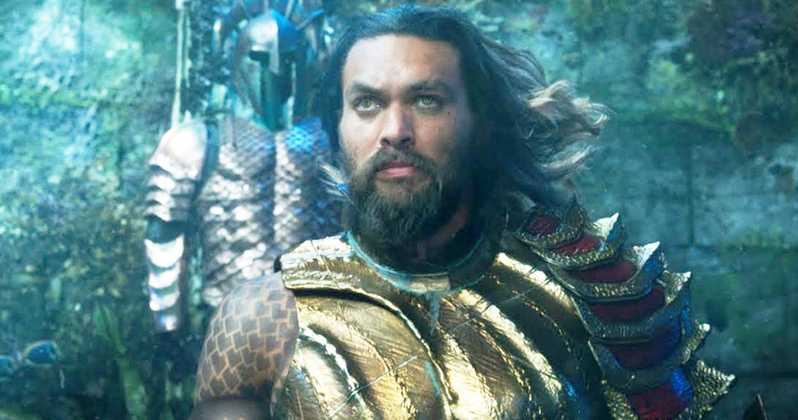 Aquaman Was Not Black Panther Underwater

For being a guy who won’t shut up about the DCEU, it sure as hell took me a long time to see Aquaman. Unfortunately the film’s release coincided with my vacation and I didn’t get to the theater until last Sunday. Never doing that again.

There’s nothing worse than when there’s a movie you want to see, you’re too busy to see it, then all you see online is a mix CD of positive and negative commentary. Personally I was surprised at the amount of “critics” who really tore this movie apart. I’m not here to write a review but if being honest with you… Aquaman was pretty damn amazing. On top of being a visual gargantuan, the story worked well, the cast too. High stakes, an awesome war sequence, everything you’d expect from a superhero film. Jason Momoa’s performance actually surprised me. James Wan gave the character an unexpected level of depth that countered the whole Aqua-bro persona which I expected to be laid on thick. Don’t get me wrong, he goes bro, but not too much. A couple of Aquaman’s criticisms I agree with, however to outright blast the movie I feel is completely unfair. In a nutshell, there’s about twenty or so lines of dialogue that could have been redone. Maybe the love story element needed a punch up?Those are mine, but you can search Twitter and find a multitude of complaints that cover an over abundance of territory. There’s one specific statement I’ve seen online, this one sentence I’ve seen I feel couldn’t be any farther from the truth; Aquaman is just Black Panther underwater.

I’m not blind. Of course I can spot the obvious comparisons; the protagonist is King in the end, physical altercation with a family member, audiences get to explore new worlds, the villain wants an uprising of his people and world domination, strong female characters who are as fierce as ever. At the core of both stories, the differences couldn’t be anymore apparent. Believe it or not, they’re reversed. In Black Panther, the main character is the King. T’Challa assumes the role after his father passes away, even wins an American Gladiators type battle to earn the title. His adversary is an outsider that comes to Wakanda and takes the Kingdom from him. In Aquaman, Arthur is the outsider, a misguided chosen one that doesn’t even want to live underwater let alone rule Atlantis. He abandons his principles to do what is right, stop Orm from going to war with the surface. Being King seemed to be more of a result than a desire. The obstacles Arthur must overcome throughout the plot shape and mold him into the person he needs to be. T’Challa is already who he is, his obstacles are less internal. Their challenges may yield the same conclusion, yet their paths to the end couldn’t be anymore different. Yes, each film contains the hero and the main bad guy fighting twice. Yes, the hero has to lose once. What’s happening here is not a lack of originality, it’s a classic screenwriting dynamic played out beautifully on screen. All scripts, no matter how one of a kind, usually follow a classic story structure. Having the hero fall to his lowest point usually takes place during the transition from act two to three. From there, they are supposed to rise up to triumphantly claim victory. Just as an FYI, this dynamic is not going anywhere. It’s as classic to cinema as the camera.

Want to talk similarities in the settings? Who cares. As Marvel and DC expand their universes we are going to go to some new and exciting places. Most futuristic cities that aren’t dystopian include large, vibrant skyscrapers, flying transportation, maybe supernatural elements. We’ve been seeing the same version of high tech landscapes for over forty years. Futuristic city in space, Wakanda, underwater, or in the sky, it’s all the same. The antagonist role between Black Panther and Aquaman is again switched. One is the outsider, the other, the homebody. They want what all bad guys with power want, more power, especially at the expense of life. The common plot point of a lost parent runs with both villains but again I use the word common because this has been done for years. Death, and how death can turn a person evil has been around forever. How many times have we seen the “I’ve lost somebody now everybody must pay” motif play out on screen? Lots. Some work, some don’t.

When you only have two hours or so to develop characters, including the main adversary, having your hero, or bad guy experience loss is a quick and effective way to jump start the audiences relationship with them. Death is something that effects all of us. When someone experiences it in a movie, audiences are offered an explanation as to why someone is the way they are. “So and so’s death did (insert result here) to them.” We’ve seen it in our own lives, then it resonates on camera. Again, this story dynamic isn’t going anywhere.

Orm was a guy who thought the best way to save his people was to go to war with the surface. Killmonger’s intention was to use Wakanda for his own agenda. Both plots involved dominance of the globe, but for two completely different reasons. Let’s be real, big budget action or superhero films, global domination will always be on the table.

If you want me to make a controversial statement; Aquaman and Wonder Woman aren’t too far apart on the analytical spectrum of cinema. For those who consider Wonder Woman a gold standard of the DCEU, Aquaman is easily the second best installment in the franchise.

I plan on diving a little deeper into the film in the coming weeks so stay tuned.

Do you think Aquaman is just Black Panther underwater? Let Nerdbot know in the comments!!

Will ‘The Batman’ Start Shooting In November?