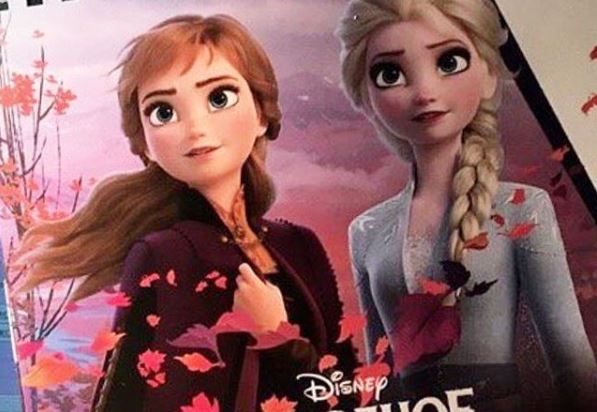 Earlier today a photo of a Russian calendar surfaced on Instagram of a photo of Anna and Elsa unlike we have ever seen them before.

Since the photo hasn’t been released by Disney themselves people are doubting the validity of the image. However the same calendar last year showed images of Disney’s Solo movie which had not been seen yet. So there is history of breaking first looks within this calendar company.

People of Reddit seem to think they look like they are in China or Japan according to the leaves in the picture. There has been no plot released for the upcoming movie. From the picture itself it looks like Anna and Elsa may have gone on a journey, potentially to find their parents.. but that’s just my thoughts on it.

Kristen Bell was able to tell us a little about the upcoming movie when talking about new characters, “You’ll see new characters and you will see…you’ll know from my perspective what I did with Jen the writer, what she did with me rather, was she was so collaborative on the first one. We sat down as she was writing the second one and she said ‘ya know you had a hand in creating this character. What do you think her next step should be? What’s her next hurdle, her next epiphany. What do you go through that’s similar to her?’ I told her a lot of things that I had personally been going through and why I thought that resonated with what I think Anna would be feeling and she wrote that into the script.” Still though that doesn’t say anything about the actual movie.

What do you think of the image? Tell us in the comments!