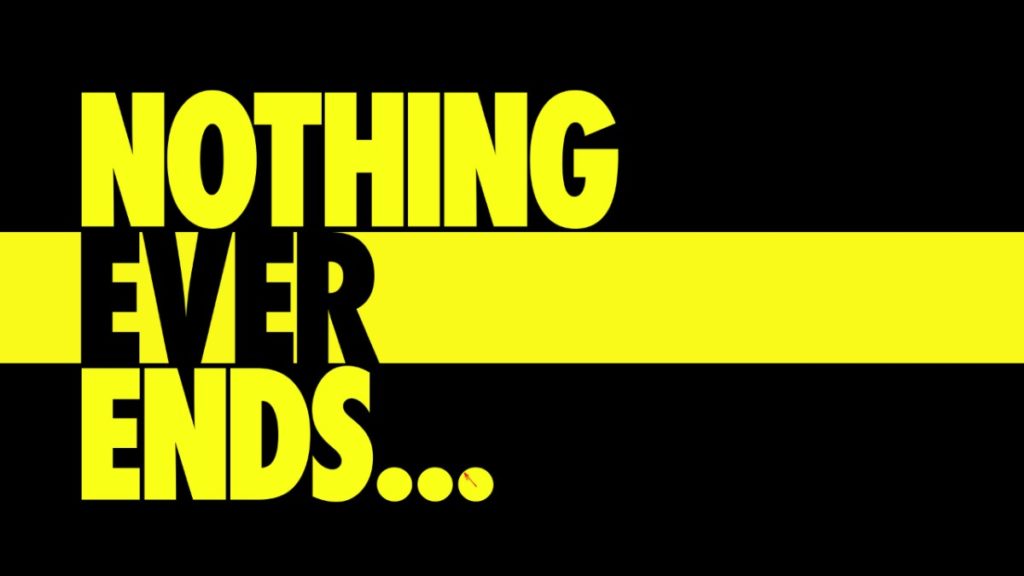 More Cops In Yellow Masks… What Is Damon Lindelof Up To?

Until I see a trailer for the final season of Game Of Thrones, HBO’s new Watchmen show has my undivided attention.

The month of November has been rather eventful when it comes to developments in the project.  Tim Blake Nelson revealed he would be playing a non-original Watchmen character named “Looking Glass”.  Next, Jeremy Irons got cast as Ozymandias.  A juicy little nugget we’ll discuss momentarily.  Then, right before the holiday weekend, another round of yellow masked police officers photos dropped via the show’s Instagram page.

Check them out below!! 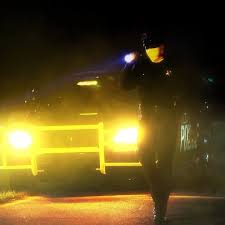 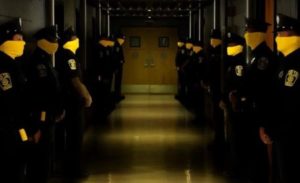 Just like an episode of Lost… every time you get some insight, it comes with questions.  We’ll get to them in a second…

I know… I know… until we get a trailer, who cares right? Wrong.  Because I feel these photos, coupled with Jeremy Irons’ casting may have shone a major light on the direction Damon Lindelof is taking the world of Watchmen.  Before we jump into the main point of the article, I’ll remind you that the series won’t touch the source material.  So exactly what is Diamond Damon up to?

Honestly, you can throw around any word choice you’d like but at its core, I believe HBO’s Watchmen is the semi-official sequel to the original graphic novel.

Let’s begin with Tim Blake Nelson. His character reveal, while interesting, was pretty much expected.  We already knew about how this story would follow a fresh batch of costumed heroes.  But you can’t simply just throw the name Watchmen on something.  There has to be a connection to the already established universe… which is where Jeremy Irons’ casting becomes significant.

Now Irons is seventy, even with the magic of a Hollywood make up crew, he could probably pass for fifty.  I’m being generous here.  But if Lindelof is trying to really distance his series from the original graphic novel, I’d say this Ozymandias will be in his Golden Buckeye Card having years.  An aging link to the past that could pass the baton to a new generation of masked vigilantes. 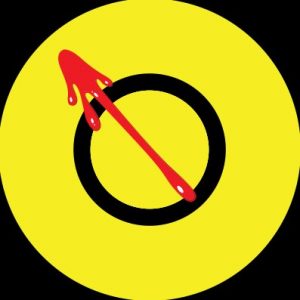 Let’s pretend what I said above is true.   If we’re talking big picture, the HBO series will take place long after the staged alien invasion we saw in the final act of the comic.  I’m thinking while Ozy’s plan stopped nuclear war between the United States and Russia, there were serious societal ramifications; paranoia, fear, whatever, that are driving people crazy. Similar to Doomsday Clock, minus the crossover element. This then leads to a rise in crime, which then leads to the either full, or partial abolishment of the Keene Act, a bill responsible for outlawing masked vigilantes way back in the day. Lindelof can keep his promise to not touch the original and at the same time add his own stamp on something he’s loved for so long.  It’s like if I got to write a Batman screenplay but actually happening.

Keep in mind there will be several moving parts, main plots, and sub-plots galore, it’s a television show.  But for the underlying thread from the source that shapes the current project’s atmosphere… expect the first five pages of Doomsday Clock’s first issue cranked up to eleven.  Really play into the aftermath of Ozymandias’ plan to save humanity. 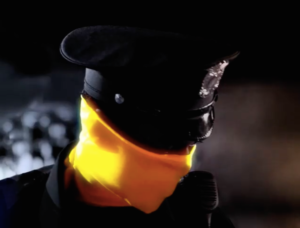 So what about the yellow cops? I’m still learning towards the destruction of the Keene Act angle and I’d bet the golden police force is either one of two things. They are an official, state commissioned law enforcement agency.  The masks would then be a reflection on the current societal state.  The second, which I think kicks ass, is they are a rival gang of costumed heroes that serve as season one’s primary or secondary antagonistic force.  A new type of Watchmen wearing the traditional constable uniform as a symbolic statement or something. This might also explain the modified squad car.

I could talk crazy theories and all that for hours, so I feel now is the appropriate place to stop.  Believe me, this could change by the time you’re done with the Thanksgiving hangover.  But I feel the project’s headlines the last few weeks also double as puzzle pieces for us fans to figure out, then end up being completely wrong.  That was basically like watching Lost right?

Anyway… I’m thinking a teaser trailer should drop soon with a full one following sometime around March, when True Detective is coming to an end.  And yes, I’ll be breaking it down so stay tuned…

What are your theories on HBO’s Watchmen show? Let Nerdbot know in the comments!!