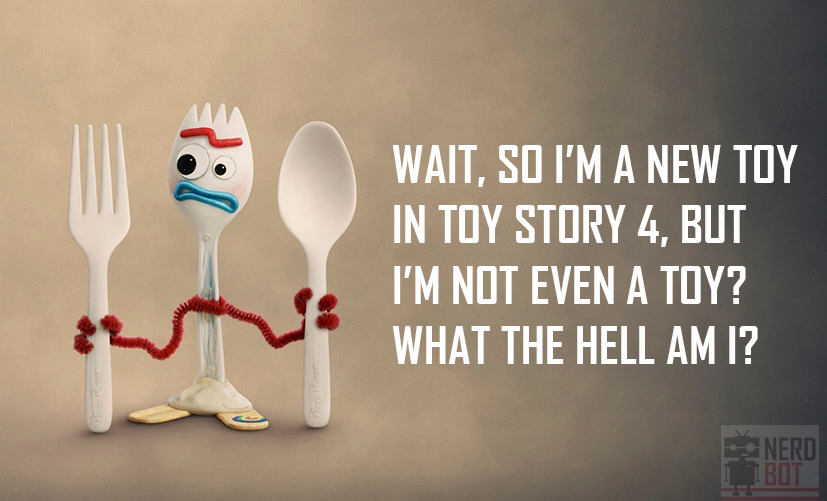 In this new story, our familiar band of toys are back, but in a new room and with a new boy. We also have a new toys. One stands out to me in particular. His/her name is “Forky” voiced by Tony Hale.

As seen here below, Forky is a classic spork (hello cafeteria food) made to look toy-like. Complete with a face, arms and feet. I’m not exactly sure why he’s holding a fork and spoon in hand. I can only assume he uses them as weapons to attack his enemies…whoa, wait..too dark!

If you’d like a better animated look at Forky, here is the official teaser released by Disney.

We also have a very welcome addition to the cast with Keegan-Michael Key and Jordan Peele voicing a pair of Toy Story 4 characters called Ducky and Bunny, two carnival prizes that want to be won, who encounter our Toy cast at a carnival.

And of course we have the original characters back for round 4.

We’ll report back when we have more information on our new cast and characters.

For now we can only assume that new characters Forky, Ducky and Bunny fight to the death for leadership of the toys! Well, maybe not, but that would be fun to watch!