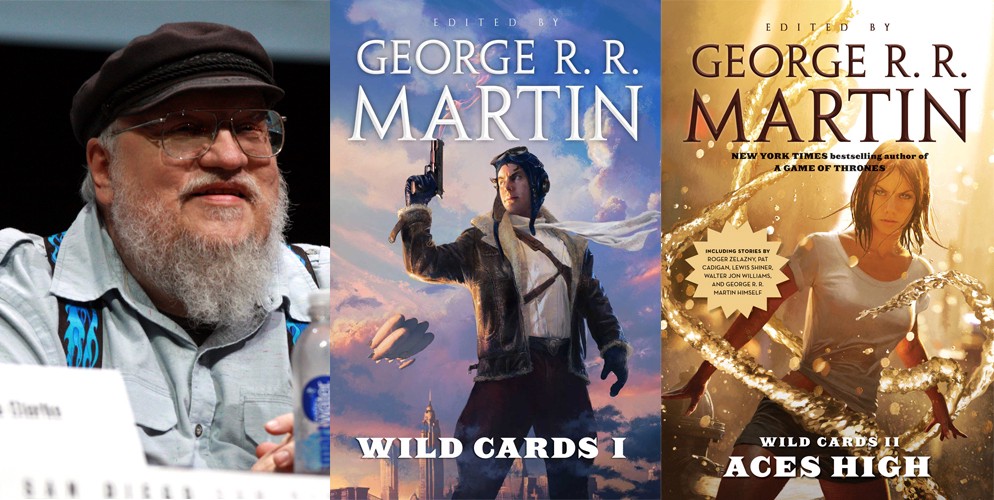 George R.R. Martins “Wildcards” Will Be Adapted by Hulu

Hulu is jumping on the George R.R. Martin bandwagon as it nears a multiple-series deal to develop Martins Wildcard series for television as reported by The Hollywood Reporter. The shows will be a shared universe on the streaming platform and could be it’s answer to Marvels superhero shows on its competitor Netflix.

George R.R. Martin is mostly known for his Game of Thrones book series that has become one of the most watched television shows in the world on HBO. He has other works though that are just as amazing and mesmerizing one of which is Wildcards. The Wild Cards franchise is a shared universe of anthologies, mosaic novels and stand-alone stories written by a collection of authors and edited by Martin and co-editor Snodgrass. The book series launched after a long-running campaign of the Superworld role-playing game led by Martin and involving the original authors. Martin and Snodgrass developed the framework of the series, including the characters’ abilities and card-based terminology. The first book was published by Bamtam in 1987. To date, 27 books have been released by four publishers, with other new titles in the works. The source material has been adapted as comics, graphic novels and other RPGs.

Set in the present day, Wildcards follows multiple characters infected by the Wild Card Virus. An alien virus that broke out on earth in 1946. The virus either killed those it infected, granted super powers or grossly mutated others. Those with powers deemed Aces and those with mutations are Jokers.

The series will be written by Andrew Miller (The Secret Circle) with Martin and Snodgrass acting as executive producers on the multiple series.

An absolutely amazing telling of super heroes, mutants and conspiracy theories this will be a show no one should miss out on and for those of you that haven’t yet I would recommend on getting started on the series immediately as you have a lot of catching up to do.

No premier date has been given of course but once the deal has been set in stone expect to hear more.

Pedro Pascal cast as the Lead in upcoming “The Mandalorian” Series

Baskin Robbins’ Turkey Cake to Solve All Your Holiday Needs