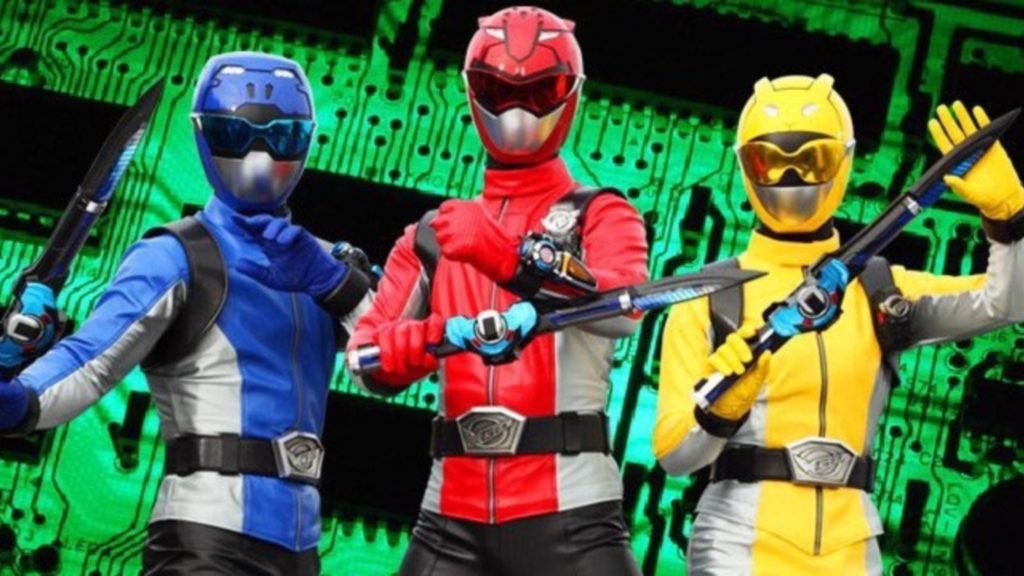 Why Fans Should Look Forward To The New Power Rangers

In Beast Morphers, scientists combine animal DNA with a new substance called Morph-X to enhance their secret agents into Power Rangers! With animal powers and super spy tech, the Rangers must protect their Morphing Grid from an evil computer virus and his robotic henchmen. 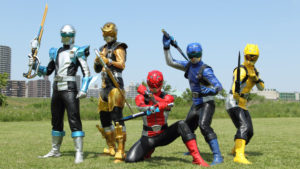 Now, I know what you’re thinking. “Who cares? There’s, like, twenty iterations of Power Rangers already. So what if there’s another one?” But Beast Morphers has the potential to be a huge milestone in the already long running series for a few reasons.

Beast Morphers has a unique look from every other series.

Beast Morphers is based on 2012’s Tokumei Sentai Go-Busters. Since it debuted immediately after a massive anniversary season celebrating 35 straight years of Super Sentai, the producers decided to shake things up a bit with Go-Busters. The result? 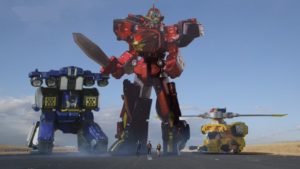 Heroes clad in leather instead of spandex, high-reflective shades instead of black visors, and mecha that emphasize highly detailed and functional individual components instead of over-the-top combinations (though they all still combine). From experience, the spandex look can be a turn-off for kids who want something more realistic from their superheroes, and Beast Morphers will give them just that.

Aside from the Red Ranger’s crippling fear of chickens, Go-Busters was a fairly straightforward action series. There are no explicitly goofy concepts, like farting robots or hamburger morphers (all real things from actual seasons, mind you.)

Usually, sillier stuff like that is edited out of the Power Rangers adaptations or embraced in embarrassing ways. For Beast Morphers, there’s nothing for the production team to work around. In speaking of the producers…

Beast Morphers has a new creative team behind the scenes.

Earlier this year, toy giant Hasbro bought out Power Rangers from Saban Brands, who had been producing the series for Nickelodeon since 2011’s Power Rangers Samurai. Saban Brands has since closed its doors, leaving Hasbro to produce Beast Morphers all on its own. 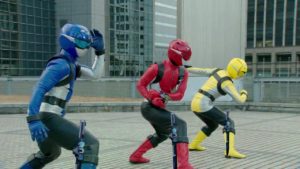 Hasbro definitely wants to make a strong first impression for their debut outing. Not only did they pay $522 million for the property (along with several others), they’ve also taken over the toy lines from Bandai. There’s a lot at stake if Beast Morphers ends up tanking, so I have no doubt that they’re going to pull out every stop to guarantee their success.

Beast Morphers represents the start of a new era for Power Rangers, one that fans will want to watch closely. I know I’m going to tune in for the debut in February!

What do you think about the buzz around Beast Morphers? Let us at Nerdbot know in the comments!