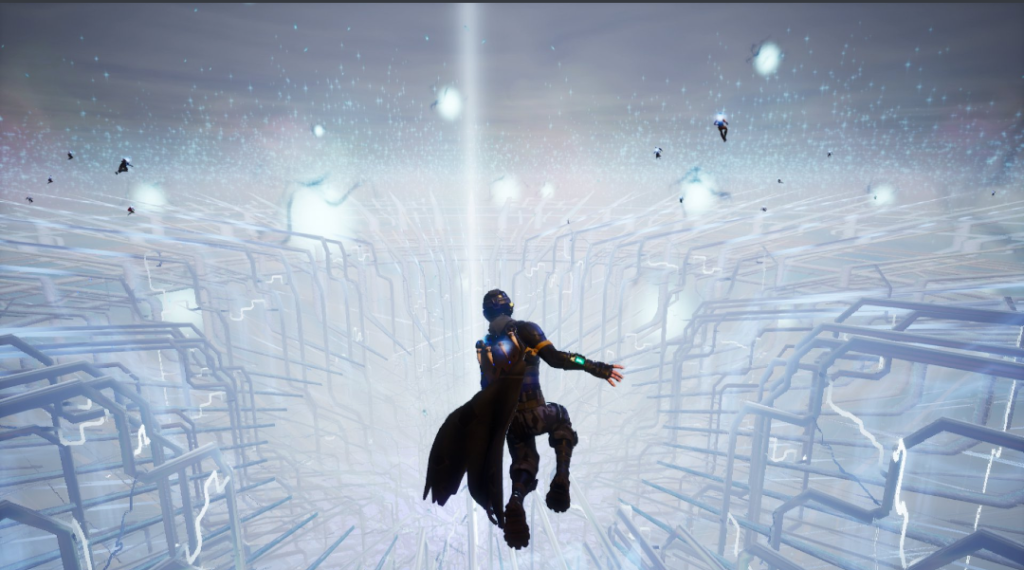 Epic Games has been teasing that something big will be happening today (for me November 4th 2018). By showing off pictures of the cube that’s been giving birth to all the monsters. Some players even noticed that the cube had a giant cracks in it, leading everyone to believe it’s going to break. Epic Games had been very vocal on telling fans to get on today at a certain time to see a one time only event. Much like last season 4 when the missile shot up in the sky.

So come time when this event was suppose to happen you had players come around just to see this play out. It felt like half the server was at the floating house at once was loot lake. Everyone waiting for something, while there was a few trolls racking up easy kills. The cube began to glow bright purple, faster and faster until it had happened.

The cube exploded and the sky turned bright with light taking over the full screen. It looked like a nuclear missile had went off. As the whiteness cleared up it spawned you into this white abyss. You couldn’t draw your weapon or anything all you could do was move around and see everyone else around you do the same. It looked like something out of the matrix which was pretty cool. But one thing you could see was this strange butterfly looking thing floating around you.

Once it got close to you it started a cinematic in which your character gets close to it and touches it. Once you do, it rifts you back into the main game along with everyone else. One of the first things you notice is that along with the cube all the monsters are no longer there. Marking the end of Fortnitemares.

And if you look from a distance you’ll see a rainbow floating above in the sky maybe to symbolize a new start? It’s unclear what any of this meant but one thing for sure was it was fun watching it. And more than likely in the coming weeks near the end of season 6 Epic Games will tell us what it meant.