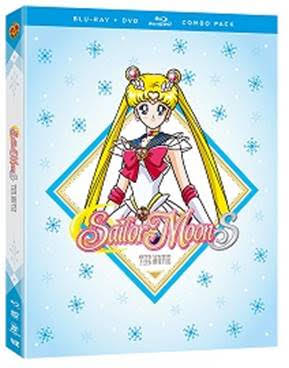 Like many Oldtakus, VIZ Media is a company I love and admire. Since I first saw Ranma 1/2 and its “charming” Canadian dub, I knew they were a rising force in the anime production community. While companies like Manga, Pioneer, and ADV struggled, VIZ continued to move upward and out and I’m always so excited for the new anime they bring to the forefront.

Today, we’re going to talk about three, count that, three new pieces of media getting ready for their bodacious Blu-Ray releases! 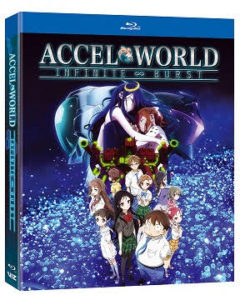 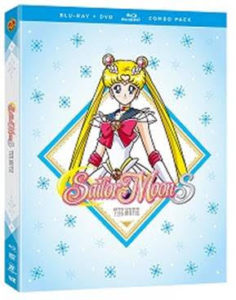 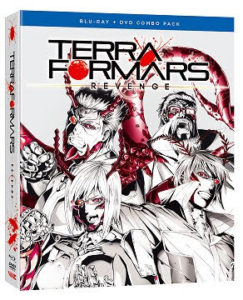 THREE pieces of home media release news today from VIZ Media as the company announces the Blu-ray debuts of the ACCEL WORLD: INFINITE BURST movie and Season 2 of the sci-fi horror series TERRAFORMARS: REVENGE, both set for release on October 23rd.

Also announced is the home media release of SAILOR MOON S: THE MOVIE. The second feature film of the popular fantasy/adventure anime series is now available as a Blu-ray/DVD Combo Pack as well as a Standard Edition DVD Set.

In ACCEL WORLD: INFINITE BURST, a mysterious black cloud kicks Haruyuki and his friends out of the online fighting game Brain Burst. Unable to reenter, they discover that this isn’t just an isolated incident— the cloud is spreading and preventing all Burst Linkers from accelerating. Haruyuki and the others soon learn that, to protect the bond that connects them, they must confront a powerful ancient being that has been sealed away since the dawn of the Accelerated World!

As TERRAFORMARS: REVENGE opens, in the mission to find a cure for the deadly A.E. virus plaguing Earth, the Terraformars are not the only enemy. A squad has turned on the Annex 1 crew, seeking to capture Akari Hizamaru and Michelle K. Davis by any means necessary. As the body count rises, the scattered squads struggle to survive and contact Earth for reinforcements. But can they hold the line in a battle for Mars and humanity on two fronts? In this complete second arc, alliances are shattered, friends turn into enemies, and the mystery of the hyper-evolved cockroaches grows ever deeper.

In SAILOR MOON S: THE MOVIE, a sudden snowstorm has hit Tokyo, marking the return of an ancient being named Princess Snow Kaguya! She has a chilling plan to freeze Earth, but it requires the recovery of a missing piece of her ice crystal. After falling ill due to the cold, Luna is rescued by a kind hearted but misunderstood astronomer, Kakeru, who happens to have the remaining shard of the crystal! Called into action to protect Luna and her newfound crush, Sailor Moon and her team of Sailor Guardians are now only hope the world has of avoiding an eternal Winter!

Established in 1986, VIZ Media is the premier company in the fields of publishing, animation distribution, and global entertainment licensing. Along with its popular digital magazine WEEKLY SHONEN JUMP and blockbuster properties like NARUTO, DRAGON BALL, SAILOR MOON, and POKÉMON, VIZ Media offers an extensive library of titles and original content in a wide variety of book and video formats, as well as through official licensed merchandise. Owned by three of Japan’s largest publishing and entertainment companies, Shueisha Inc., Shogakukan Inc., and Shogakukan-Shueisha Productions, Co., Ltd., VIZ Media is dedicated to bringing the best titles for English-speaking audiences worldwide.

Learn more about VIZ Media and its properties at viz.com