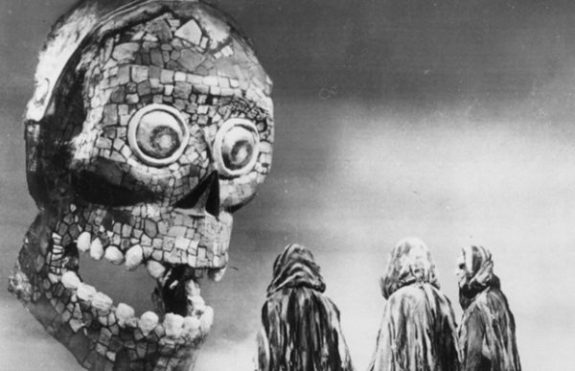 When you think of Canada, scary probably isn’t the first word that comes to mind, unless you’re talking about our endless winters. 11 months of snow, wind and ice. Alright, maybe I’m exaggerating a little, it’s more like 9 months.

It’s no secret that plenty of films of varying subject matter have been filmed north of the border, usually as cost cutting measures, and stand-ins for American counterparts. But, horror films also have a long history in my homeland of Canada.

Seeing as we’re still deep into the Halloween season, grab your candy corn while I grab some poutine and let’s look at a few of Canada’s contributions to the horror genre…candy corn poutine, could that work? 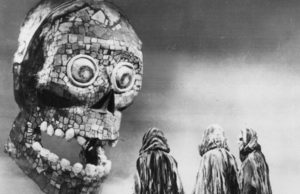 Celebrated as Canada’s first feature length horror film, this 1961 cinematic release was initially panned as being thin on story and didn’t do particularly well at the box office. It has since found new life as a cult classic of the horror genre, restored and featured at the 2015 Toronto International Film Festival and has been given the Blu-ray/DVD treatment thanks to Kino Lorber who specialize in the obscure and the niche.

Psychiatrist Dr. Allen Barnes comes into possession of a mysterious, ancient tribal mask and with each new wearing of the mask Barnes encounters increasingly disturbing and violent visions to the point of going insane.

The Mask was presented in 3D format during the age of 3D and audience participation in film, as theatregoers were instructed to don their 3D mask shaped glasses at crucial points during the films presentation, so they could experience the surrealistic environment in all its glory…well 1961 low budget glory, but glory nonetheless. While not a crowning achievement in horror, The Mask/Eyes of Hell holds the distinction of being an innovative attempt at Canada’s first stab at horror films. 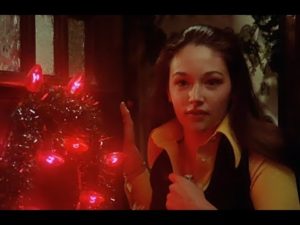 The modern slasher flick as we know it had to get its start somewhere. Horror icons such as Michael Myers and Jason Voorhees can place their butcher knife/machete to their brow and give a salute to 1974’s Black Christmas for being the first in the slasher genre and helped kick off an over four-decade long trope.

Filmed in the New York of the North, Toronto and starring John Saxon and Margot Kidder who would become associated with future horror films (Saxon as Nancy’s father in A Nightmare on Elm Street, Nightmare on Elm Street 3: The Dream Warriors and New Nightmare, while Kidder would co-star in 1979’s Amityville Horror), Black Christmas sees the inhabitants of a sorority house being stalked and picked off one by one by an unseen killer.

The screenplay for Black Christmas was written by fellow Canadian Roy Moore, and the films stars Saxon and Kidder remarked on what an enjoyable experience they had while filming, even though this was Toronto in the wintertime with frigid temperatures coming in from Lake Ontario. My guess is they were fortunate enough to avoid the horror of driving on the 401 highway during rush hour. 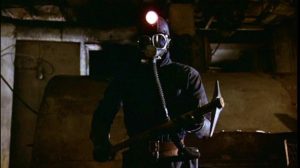 1981’s My Bloody Valentine was shot on location in Sydney Mines, Nova Scotia just a few hundred miles from where I grew up. The producers described Sydney Mines as the perfect exterior as it was a “dreary, cold, dusty area with no other buildings around. It looked like it was in the middle of nowhere”. That just about sums it up for that area of Cape Breton and fits the story of an insane coal miner; who survives an underground explosion after two of his supervisors decided to bolt and try and score some tail at the Valentine’s Day dance.

He murders the supervisors upon their return, maybe because they didn’t bring a friend back for him, or maybe it was due to that pesky explosion, who’s to say when one goes insane, and begins killing again after the previously suspended dance gets reinstated twenty years later.

If there’s one rule that stands above all others in slasher movies whether they’re Canadian, American or from anywhere else in the world, it’s that boning or even the attempt at boning is generally a bad idea. 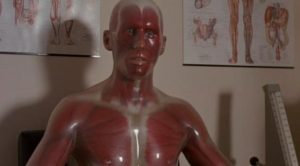 Growing up, there was a movie super channel known as First Choice as part of our cable package, and I remember the movie Pin being featured as part of the channels programming a lot.

Shot on location in Montreal, the movie is about a life-sized anatomically correct medical dummy named Pin who is also used as a ventriloquist dummy by Dr. Frank Linden to teach his children, Leon and Ursula about the human anatomy.

What did I say about ventriloquist dummies being creepy when I broke it down for my Twilight Zone listicle?

As the film progresses, Leon and Ursula’s parents die in a car accident. Was it due to reckless driving, or was there something more sinister or supernatural behind their deaths? As an audience we discover that Leon suffers from schizophrenia and believes Pin to be communicating with him. Taking his fixation to pathological extremes, Leon begins fitting Pin with a wig and clothing to make him more human until the lines become blurred and the question of where Pin ends and Leon begins can no longer be answered.

As Leon sinks deeper and deeper into his unsettling fixation with Pin, Ursula can only tolerate so much before she is taken to her own breaking point. I haven’t seen Pin since I was a child in the late 80’s, but certain images; not the least of which are that of Pin himself, have stuck with me even after all of these years. 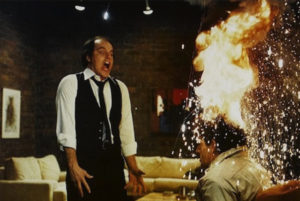 Did you know that David Cronenberg is Canadian? I didn’t, until doing research for this article. Cronenberg, born and raised in Toronto and given the title of King of Venereal Horror has made several bizarre, grotesque, but in some ways beautifully macabre tales of terror.

Cronenberg has given us everything from his adaptation of William S. Burroughs’s Naked Lunch, to Jeff Goldblum’s amazing and horrifying transformation in The Fly, (that scene near the end where the dude gets his hand melted off from Goldblum’s Brundlefly essentially vomiting on him still grosses me out to this day), as well as the 1981 sci-fi horror cult classic Scanners.

Scanners sees Michael Ironside’s character of Revok escape the private security firm Consec when while demonstrating extraordinary power as a “scanner”, causes a fellow scanner’s head to explode in an infamous scene that continues to live on almost 40 years later.

Another scanner; Vale who has greater control of his scanning abilities is brought in and is tasked with finding and stopping Revok, leading to a fiery face-off between the two at the movies end (pun intended).

Cronenberg, while maintaining his status as a polarizing figure in film for his depictions of violence and gore, is also one of Canada’s most celebrated filmmakers having been awarded the Fellowship of the Royal Society of Canada for his contributions to the arts, sciences, humanities as well as to our country as a whole. Pretty sweet trade-off for an exploding head, if you ask me. 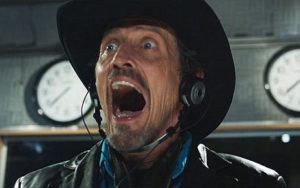 From 2003 to 2007, I lived in the city of Belleville, Ontario and remember being told by my girlfriend that there was a casting call for extras to be part of a new horror film called Pontypool. Unfortunately, I wasn’t able to make it to the casting call that day.

Named after a small village in southern Ontario and filmed in Toronto this movie based on the novel Pontypool Changes Everything by Canadian novelist and screenwriter Tony Burgess is a zombie movie at its core even though Burgess rebukes the term zombies.

A virus is infecting certain words of the English language, although which words specifically is a mystery at first. These infected words cause a psychological breakdown resulting in those affected to seek out other infected people to kill themselves with.

For most of the film, the infected are not seen but heard over radio broadcasts when a small radio crew quarantines themselves in their station to try and avoid the contagion.

Burgess adapted his novel into a screenplay over the course of 48 hours, and drew inspiration from Orson Welles’ radio broadcast of The War of the Worlds for much of the films approach. With a multitude of zombie movies and television shows in the horror market, to the point of oversaturation, whether the filmmakers want to call them zombies or not, Pontypool delivers a fresh and interesting take on an old favorite.