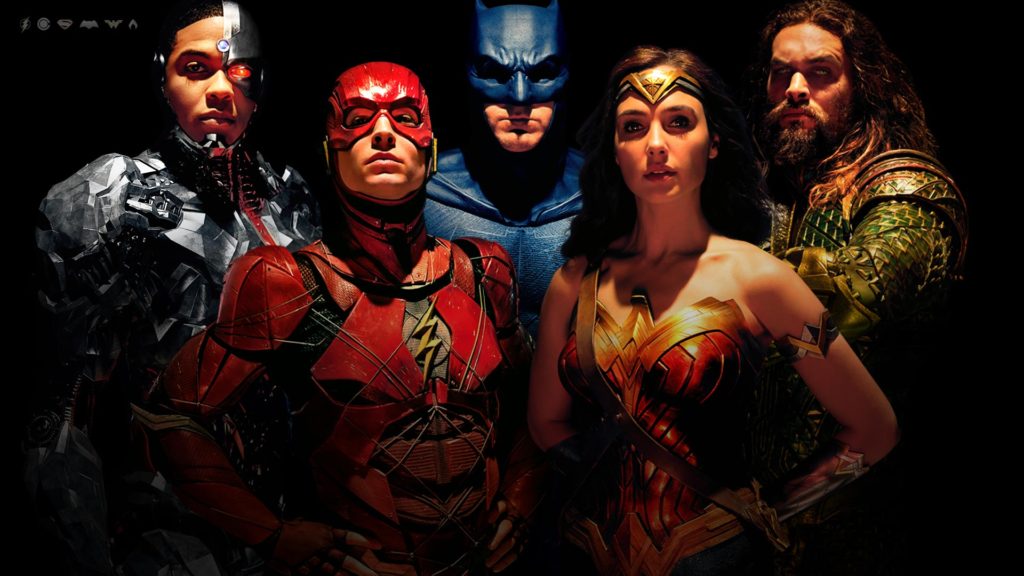 Justice League Scene Cut For Being “Too Scary”

One of my favorite things about “bad” movies is the perpetual zeitgeist discussion about what could have been.  I still don’t know why it’s so compelling to converse amongst our social circles and pitch your best “they should’ve just dones” while throwing back a couple cocktails, but we all do it.

Maybe it’s some weird coping mechanism, and if you’re still a DC fan after 2016, you’ve probably vented your frustrations on multiple occasions.

What’s amazing is how there’s still so much online banter that highlights the positives (yes, there are some) and negative (yes, there are many) of Zack Snyder’s… Man Of Steel Trilogy… if you can call it that.  Even on October 11th, when ComingSoon.net found a piece of an online chat, accompanied by some concept art illustrating the guaranteed for an “R” rating transformation from human to parademon.

Check out the Vero image below! 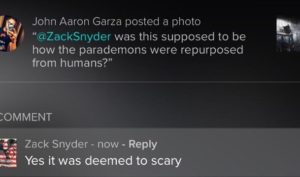 You can follow this link to see a better image artwork.

Pretty crazy right? Maybe the footage exists in the Snyder Cut of the film that happily resides on a shelf next to The Day The Clown Cried.

Obviously the news doesn’t come with a DeLorean capable of time travel so we can go back and right the wrongs.  But maybe it does shine a light on what could have been.  I can’t believe the studio would even entertain the thought of the Justice League going the dark router after Batman v Superman.  In the end, see humans becoming the minions of Darkseid, was too much.  Another page in the epic saga known as the DCEU.  I might also say it seems like there are times over at Warner Brothers when what’s going on behind the scenes is more interesting than what goes on the big screen.

Or I could still just be coping with 2016 as well.

What is your favorite fix to the Justice League? Let Nerdbot know in the comments!!