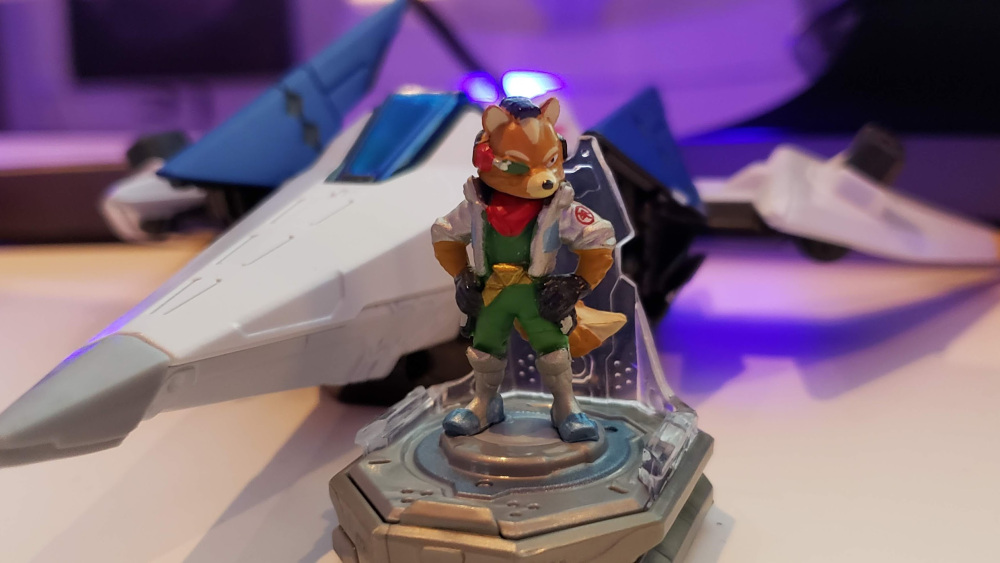 Why Starfox is in an Ubisoft Game

Ubisoft’s toys-to-life game “Starlink: Battle for Atlas’” inclusion of Fox McCloud and his Arwing didn’t come about until Nintendo saw the game in action at E3 2017 and fell in love.

“This actually came about after we unveiled the game at E3 2017,” said “Starlink” producer Matt Rose. “We had announced the game and Nintendo came by to see it at our booth.

“We showed them the game and told them it was coming to Switch and at the end of the demo, they asked, ‘Do you mind if we come back with more people?’”

In a report from Variety, that led to a larger group of Nintendo employees, along with a translator, coming to see the game in action. Then a third group came, this time including the director of “Super Mario Odyssey,” the director of “Metroid,” and others. And then a fourth contingent came with executives.

After the series of demos at E3, the team behind the game was invited to go to Kyoto to discuss working more closely with Nintendo on the Switch version of the game.

“We thought there could be a really natural fit with ‘Starfox,’” Rose said. “So we traveled to Kyoto and went in to present our idea to Mr. [Shigeru] Miyamoto and the entire ‘Starfox One’ dev team.”

To prepare for their trip to Japan, Rose said he and his team talked to creative director Davide Soliani and the rest of the “Mario + Rabbids” team about how to pitch to Nintendo. Rose said he believes that while Ubisoft has a long, storied history with Nintendo — deeply supporting their innovative takes on game systems going back to the Super Nintendo — he thinks it was “Mario + Rabbids Kingdom Battle” that really opened up the ability for the two companies to work closely together on shared-IP games.

“I think it was turning that corner of Nintendo saying, ‘OK, I think this relationship is established enough that we are going to trust you with our brands.’”

The result of that Kyoto meeting was the integration not just of Fox McCloud and his Arwing, but the entire “Starfox” team, and even special missions only available on the Switch version of the upcoming game.

“Starfox is tightly integrated throughout the experience,” Rose said. “It’s fully voice-acted, integrated into the cinematics, we have Peppy, Slippy, Falco, Wolf. We went really deep.”

Are you an Ubisoft fan? Would you want to see more crossovers? Tell Nerdbot in the comments!