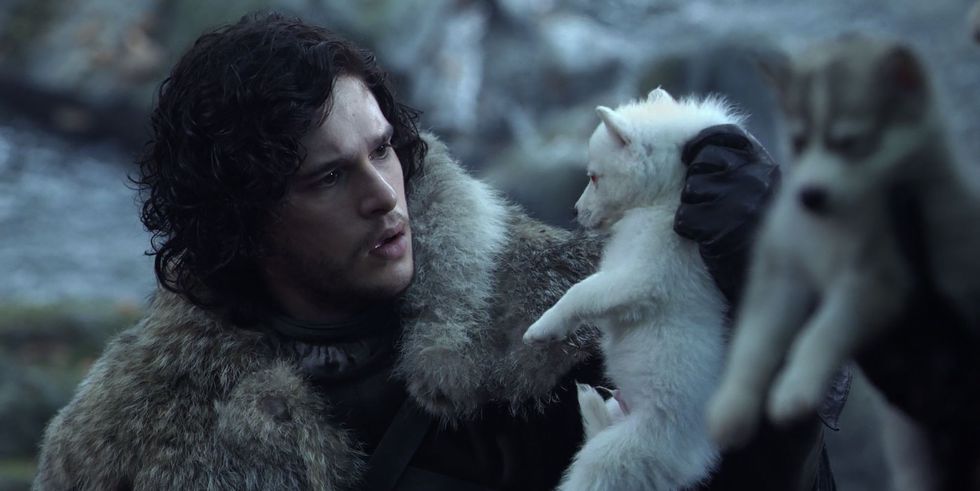 A report from CNET shows that a certain beloved character is returning for the final season of HBO’s Game of Thrones. No, it’s not Ned Stark (or Catelyn, despite what author George R.R. Martin might wish). Doggone it, it’s Jon Snow’s best buddy, his direwolf, Ghost.

In the show’s first-ever episode, the Starks come across a litter of direwolves, and each child, including Jon Snow, believed at that point to be Ned’s illegitimate son, is given one. Jon’s wolf, of course, has to be different — as he is — so Ghost is the albino runt of the litter. In the show, unlike in the books, only Jon’s Ghost and Arya’s Nymeria remain alive.

“(Ghost is) very present and does some pretty cool things in Season 8,” Bauer said. He didn’t specify what, of course, but we’ve already seen other beloved animal companions protect their humans even at the cost of their own lives (Bran’s Summer, Daenerys’ poor Viserion).

It’s easy to guess that Ghost will appear just at a moment when things seem to be going bad for Jon. And if he hooks up with Arya’s Nymeria, maybe there’ll be a whole new litter of pups for a new generation. Sure, technically Nymeria is Ghost’s sister, but come on, when has that ever stopped this show?

Read a New Halloween-Themed Marvel Comic Every Day This October