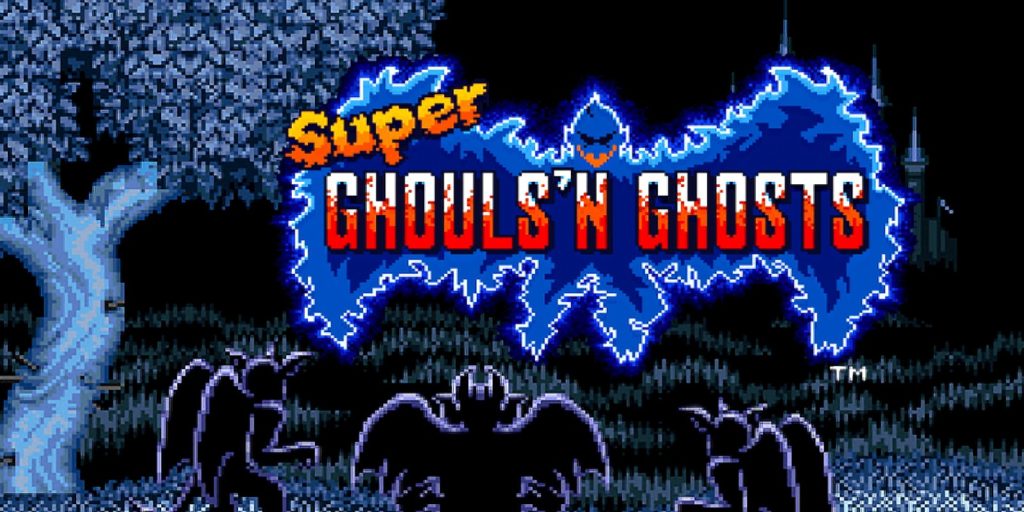 By Loryn StoneOctober 2, 2018Updated:October 2, 20184 Mins Read
Share
Facebook Twitter Pinterest Reddit WhatsApp Email
This is a ‘Nerd Voices’ contributing piece by Nerdbot reader Dr. Chris McAuley. You can find more of his writing on his website, or be his friend on Facebook!
It’s officially October, which means the spooky, scary, ghastly vibes are officially in the air here at Nerdbot HQ. And in celebration of this season, I’m going to talk about my favorite retro games that left players feeling a little…haunted. And today, what better way to kick off October than with that Super Nintendo spooktacular smash hit, ‘Super Ghouls and Ghosts’!
This title was my generation’s Dark Souls; the game had (and still has) many gamers weeping uncontrollably at the challenge that presented itself from their glowing T.V. screens.  This was the superb sequel to Ghosts n’ Ghosts and developer Capcom had done a fantastic job of crafting a marvelous and truly charming action platformer. It’s a game which is still incredibly playable over a decade and a half later. Even though the game can often frustrate you, inevitably you will keep finding yourself drawn back to it again, just for that one more go.

Players reprise the role of Sir Arthur who has set out in a daring journey through the dwelling of the undead.  He needs to rescue the princess before it’s too late.  It’s a familiar story and one which doesn’t really develop as the game processes.  Let’s face it, who needs an intricate story when you are scorching zombies with torches or impaling cujo like rabid dogs with your spear.

It’s the fast and furious action which captivates the player, if you hesitate for one second, you might find yourself vulnerable in your underpants or dead as a pile of bones.  If you have never played this game or series before, you may have done a double take at the last sentence.  Sir Arthur begins in a suit of protective armour , but once an enemy touches him or if he is hit by a projectile, the armour is shattered leaving Arthur in, well.. his boxers.  It’s a wonderful comedic touch and it still raises a smile after all these years.

Sir Arthur traverses through eerie graveyards, sinking pirate ships and dark caverns.  As he does so a multitude of weaponry is at his disposal, there’s also a few different types of armour available to him. These armour types not only offer Arthur some protection but can also upgrade his weaponry.  My favourite out of these is the armour which grants Arthur the ability to charge a powerful magical attack.  Weapons can be found in randomly appearing treasure chests throughout the levels.  These range from daggers which are rapid firing projectiles, a bow and arrow which fires two arrows at a time, a flaming torch which ignites the ground, a throwing axe and more.  Each of these weapons has an upgrade, such as the arrows becoming heat seeking  or the swords becoming flaming swords.

One of the detraction’s surrounding this title is the control system.  Unlike, say, Mario, our hero cannot increase of decrease his momentum while in the air.  This means that once you commit him to jumping, there’s no turning back.  This may become frustrating, as enemies can appear once you have committed yourself to jumping and you can land on them. However as a form of counter to this problem, Arthur can double jump so if the player chooses they can use the second jump to move in the opposite direction.

The backgrounds and the dynamic levels are a treat, as is the soundtrack with it’s catchy and spooky tunes and wonderful and appropriate sound effects. The boss battles are tough but always satisfying and even though some retro games may have surpassed this in terms of graphics and gameplay but this Halloween season, you could do worse by starting your scary game playing with this.

Was Super Ghouls and Ghosts one of your retro favorites? Tell Nerdbot about it in the comments!

What Makes a Good Off-roading Vehicle?