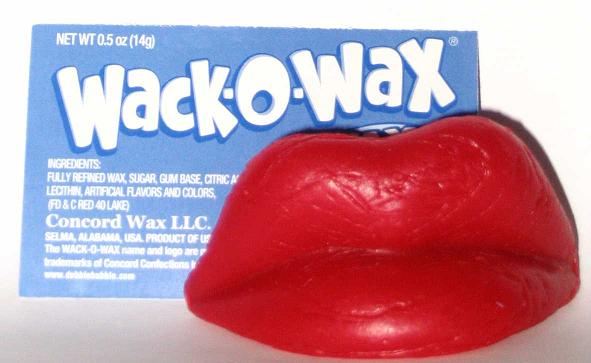 16 Times We Got a Trick (Instead of a Treat)

This is a “Nerd Voices” contributor article from Nerdbot reader Jonathan Meisner. You can follow him on Twitter!

Halloween is seriously the best, especially as a kid. You get to watch scary movies, dress up in your raddest costumes, and go door to door and get that sweet, sweet candy haul that will last you a solid week, unless your parents dip into your stash behind your back.

However, it’s safe to say we’ve all come across a house or two that gave out something we didn’t like, were grossed out by and gave to a younger sibling who didn’t know any better.

Not all candies are created equal, and we’re counting down 16 examples where we were treated to an unpleasant Halloween trick. Unless you’re handing out Twizzlers or Nibs, you can keep your black licorice to yourself. It’s like they took the worst, salty weird European “candy” and made it look like a cylinder M&M. If someone you know says they enjoy black licorice, they’re a liar or they were reprogrammed by the government. The candy coating doesn’t make matters any better.

Gum can be a fine Halloween treat if it’s bubble gum. Super soft, yielding and chewy, perfect with a name brand bubble gum. Grape flavored Bubblicious will win you my love every time. Bubble Tape? Even better! But Chiclets and Bazooka Joe would become stale, dry, flavorless wads of sadness after about 60 seconds of chewing. And those Bazooka Joe comics were usually all sorts of lame. Raisinets are cool. Even yogurt covered raisins aren’t too bad, but who gives out just plain old raisins?! Like, at least hook me up with a fruit roll-up or something! Were you people too cheap to buy the box of assorted mini Snickers, Twix and Kit Kats, and confused October 31st with April 1st? Some people like getting these in their bag, but for me they were annoying, tasted like nothing and would make your neck sticky if you did decide to wear it, but how many of us wore these? How many of us ate these? Well guess what- your hair, sweat, and other bodily garbage gets stuck in it when it fuses into your gnarly neck-grease. So enjoy eating yourself, you vile cannibal. Marshmallows are okay if you’re roasting them over a campfire, drinking hot cocoa, or figuring out a way to use them to get drunk, but these orange dyed peanut shaped marshmallows can get out of my life. The consistency and texture were just gross and as far from “marshmallow” as one could expect. No, not lollipops like Chupa Chups or the beloved Blow-Pop, but suckers. Plain old clear packaging, bummer-life boring suckers. The kind you might get from your doctor after a check-up. They never quite tasted like the flavors they claimed to be, especially cherry and after two or three they’d make my tongue feel fuzzy. I don’t mind Tootsie Rolls on very rare occasions, but some people I spoke to can’t stand them. They’re also tough to chew and you feel like you’ve got lockjaw after a few rounds of fake chocolate taffy turds.

If you had your own Ned Flanders on your block, you might be lucky enough to get some pencils for some inexplicable reason, and all you heathen kids worshipping Samhain need to also get Jesus in your life. This was a dumb novelty item that would mysteriously appear in many a kid’s bag. Warpped in mysterious 90s packaging, these beasts only show up for Halloween before they’re reshaped back to their pre-Voltron form as candles. They had a mouth plate, so you could wear them and were funny for about 5 seconds before getting tossed in the garbage. They were edible from what I heard, but I never tried eating one. I mean, your parents tell you to stop eating birthday candles 3/4 of the year, then take it back for the convenience of Halloween and say chew up? Well to them, I bite my thumb. Plus, just wearing it you could feel the wax on your mouth. Gross.

Flavorless. Completely flavorless, non-addictive, and harder than algebra. These aren’t referred to as candy cigarettes anymore, but rather candy sticks and for good reason. Who wants to encourage kids to smoke? This isn’t the 50’s anymore. “Fruit is nature’s candy”. Only if your name is Marge Simpson. Every now and then I’d get an orange or an apple in my bag when going from house to house. Halloween is the one day of the year to let loose and go on a sugar induced bender. As kids, we’ve earned it. Plus, someone smart once convinced parents that there were razor blades in apples. But you know where there are not? That’s right- Snickers bars. More of those forever, please. Smarties to my American friends, however in Canada these were called Rockets as our version of Smarties were boxes of candy coated milk chocolate discs, rather then the chalky, sickeningly sweet pit of despair seen here. Seriously- how anyone ever convince people that these and Pez are edible candies is a tragedy. Kind of like a Capri Sun but without the convenient puncture mark in the middle, the straw that came with this could never quite pierce the bag, so you had to chew a corner off with your teeth and hope you didn’t spill juice all over yourself. You’d hope to get Hi-C and get these atrocities instead. These were honestly one step above McDonald’s orange drink for flavor. I was the unlucky recipient of this trick a time or two, and I’m sure some of you were as well. Talk about ultimate trolling, amirite?! The person giving this out was likely a dentist, or a total dork but probably felt like a superhero after giving these to the neighborhood kids. Brush and floss everyday, sure. But this is Halloween! It’s time for black holes and crater teeth, dammit! The last two items on this list will be recognized more by my fellow Canadians. Why this was referred to as a kiss is beyond me. It’s not a Hershey’s kiss, that’s for sure. These came wrapped in wax paper with a witch on the front, but they were hard as a rock. If your teeth were able to penetrate the exterior, you had the misfortune of sitting there and chewing on it for what felt like an hour. This was the bane of my existence as a child, and there was this old lady on my street that handed this out every Halloween for six years running. Purple colored gum that had a “floral rosewater flavor”. Floral rosewater sounds like soap, doesn’t it? And, that’s what this tasted like if you chewed it, soap. The company that invented this took the whole “wash your mouth out with soap” concept and ran to the hills with it.

Were you given any trash items for Halloween? Did you feel like your treat was a trick? Tell Nerdbot about it in the comments!