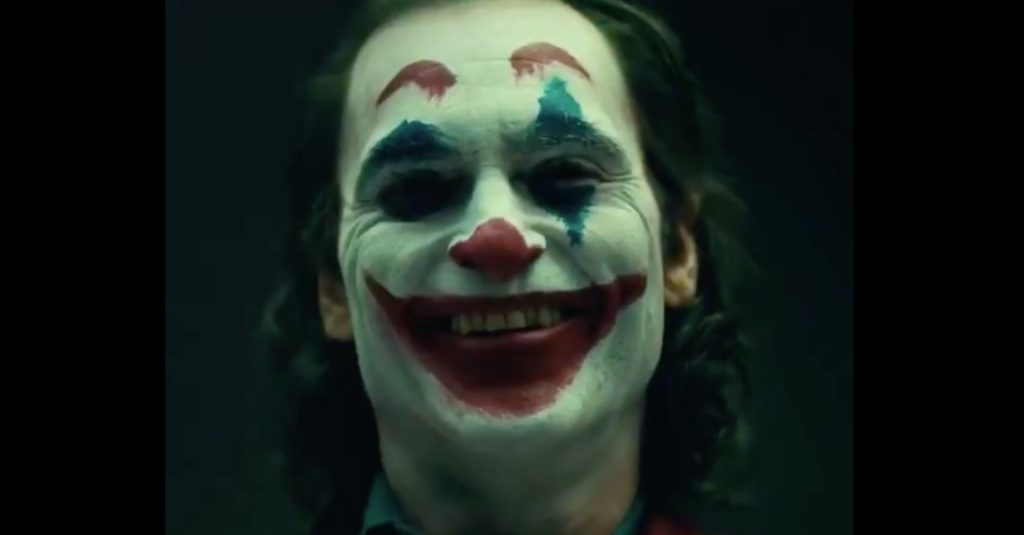 Alright internet… it’s time for everyone to chill the hell out.

You know what I mean. Last week Todd Phillips dropped a couple unexpected bombs on us via Instagram from the set of the solo slash, origin slash, who the hell knows what’s going on Joker movie which is currently filming. Not only do we have an actual confirmation that it’s being made, but we also got a couple photos of our new Clown Prince Of Crime, Joaquin Phoenix.

I’m sure you’ve seen them by now. 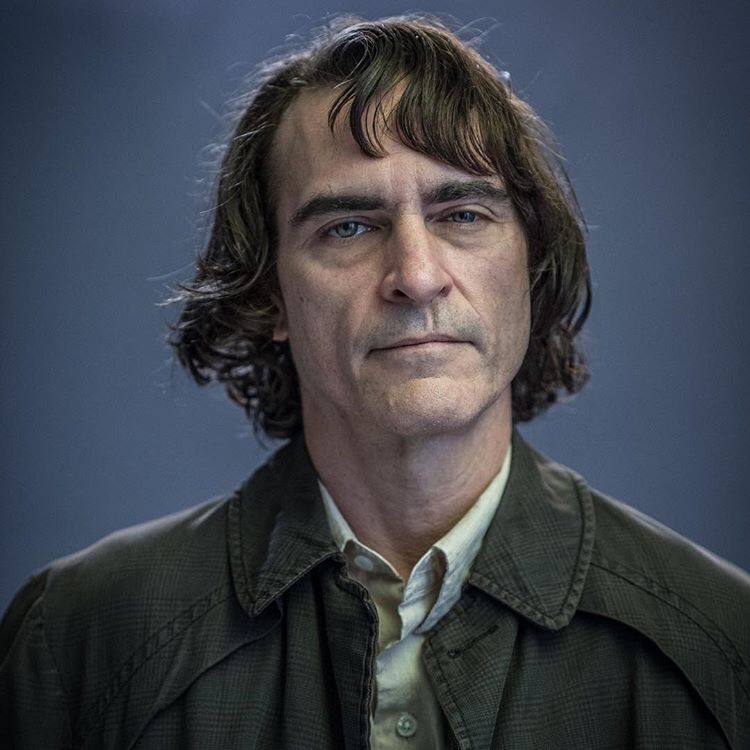 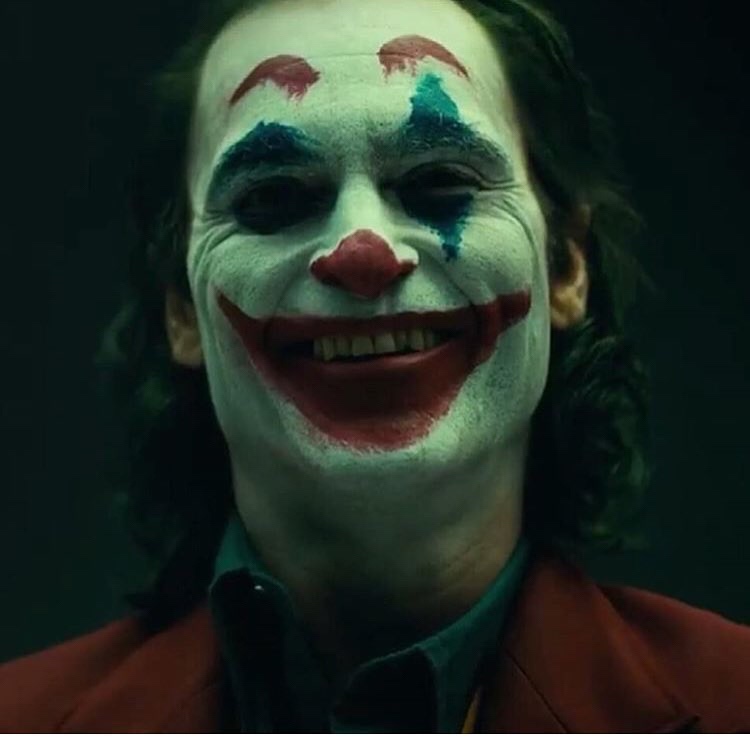 If you look online you’ll also find a few new leaked set photos, even a short video of him in action. Just like each Joker cast during the age of the internet, a great debate will begin. Sides will be chosen, leaving the final product to either win people over, or lose them entirely. Remember, there was a major negative uproar when Heath Ledger got the part, and look what happened. A similar negative online reaction took place when we saw the first picture of Jared Leto in full make up. Only in that case, those people were right.

For all of you who saw Joaquin rocking the face paint and are completely turned off, I’m here to tell you to calm the hell down. What’s pictured above will not be some kind of “new” Joker. I know this is the same studio who was stupid enough to put a “Damaged” tattoo on Jared Leto’s forehead but there’s no way Warner Brothers can be stupid enough to make the same mistake with regards to the Joker’s appearance twice. There’s absolutely no way. 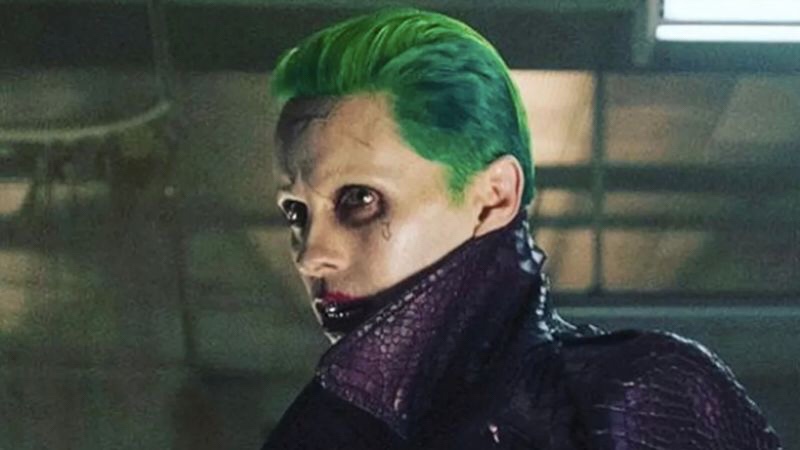 Here’s where I will tell you why you should chill and have faith. For starters, Joaquin Phoenix is legit. He may not bring in a billion dollars per film, however he can hook you into a two hour plus romance between a guy and his Artificial Intelligence unit beautifully. Phoenix also comes with the offbeat public persona to compliment his on screen talents. But we already knew this. I just thought it would be helpful to remind you.

If we’re talking the above photos specifically, I’ll explain it to you the best I can. For argument’s sake, let’s assume the Joker movie is two hours long. Also, let’s assume our lead Arthur Fleck, goes from normal guy to what we know as “the Joker” by the time the credits roll. The picture of Joaquin getting his clown on would be a version of the character we see during the second act of the film. Probably has this look for maybe thirty minutes as Fleck descends further into madness.

Here’s an outline to better illustrate my point:

Act 1 ends at the 30 minute mark, we see Fleck in make up for the first time (featured above).

Act 2 ends at the 60 minute mark, there’s been a couple variations to the look. Each a representation of the character’s development.

Act 3 ends at the 90 minute mark, he’s almost there. I’d bet by now we’re closing in on the final version of what the Joker will look like for at least one more film (fingers crossed).

Act 4 ends somewhere between the 110 or 120 minute mark. The audience is waiting for the complete transition. At this time, all the make up stuff is done and I’d expect the send off to be along the lines of Fleck putting on a purple jacket or we hear the Joker’s signature laugh while the camera fades to black.

But remember, this is just my personal speculation. Of course we’ll revisit everything once the trailer comes out.

If you want another nugget of positivity to end on, here it is…. Joaquin Phoenix has long hair. This is a clear indication that DC is shooting for an image more comparable to Heath Ledger’s Joker. Which let’s be honest, is the image many consider to be, well, the Joker. The Dark Knight is a landmark film that completely reinvented a staple comic book villain. Tim Burton’s Batman came out in the 1980’s, by Hollywood standards it’s an ice age ago. Heath Ledger is what people think when they think Harley Quinn’s Puddin’ Pop. 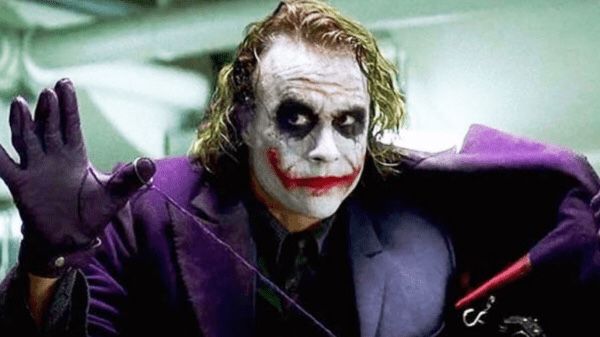 Trust me, I’ve been to Rome and merchants who sell paintings on the street sell the same three paintings at each stand; one of Elvis, one of Eminem, and one of Heath Ledger’s Joker. The iconography is undeniable. So why wouldn’t Todd Phillips model his Joker after something so iconic? He’d be stupid not to.

As for the scars? I’m not planning on it. If we’re talking shock value. I think Todd Phillips and Company will opt for that through stuff like Fleck’s drug use, maybe he gets beat up really badly, something in that vein. I’d like to believe there’s enough respect for Heath Ledger to let the scars remain with his Oscar winning take on the DC villain.

I still think my favorite element of the Joaquin Phoenix Joker is the lack of a “Damaged” tattoo on his forehead.

I would like to thank fellow Nerdbot writer Kurt Broz for this theory: what if… the Joaquin Phoenix Joker kills the Dick Grayson Robin in this movie? Maybe as a right of passage to the life of organized crime. Then there’s a whole Jason Todd backstory as it’s revealed he is what we know as Jared Leto’s Joker. And it all comes full circle in Phase 2 of the DCEU.

Honestly, what do you think about Joaquin’s make up job? Let Nerdbot know in the comments!!