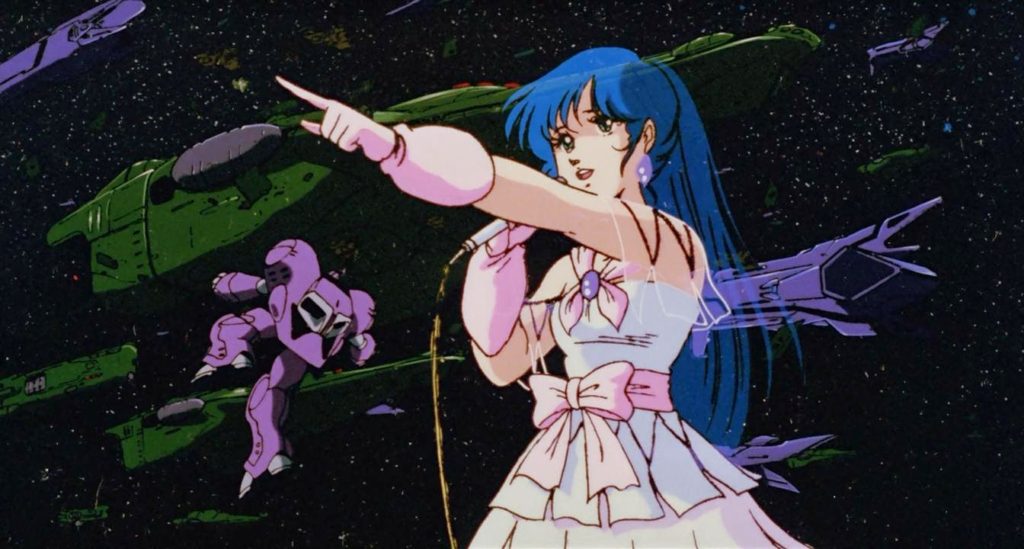 Nerdbot would like to thank the Super Dimension Convention for providing us with press/media access into their show.

Psst. Hey. Did you know there was a Macross-exclusive one-day convention annually in Los Angeles, California?

Yeah, neither did we.

And that really boggled our minds over here at Nerdbot. We scratched our heads and looked at each other in confusion, wondering why none of us at Nerdbot Headquarters had heard of Super Dimension Convention. Granted, yes, there are new conventions showing up all the time, especially in the last few years (our very own Nerdbot-Con included!) However, many of us have been attending expos and conventions since the late 90s. Was it truly possible that Super Dimension Convention really slipped past all of our radars?

Well, not exactly. The show was MacrossWorld Convention and was rebranded in early 2017. Once I learned of this, many more things made sense because I was actually familiar with MacrossWorld, both the original website and the convention name. Now that my head was no longer confused, I was ready to head down to the Torrance Cultural Center and enjoy a Macross convention. Anyway, tangent aside.

Let’s go to a Macross Convention. 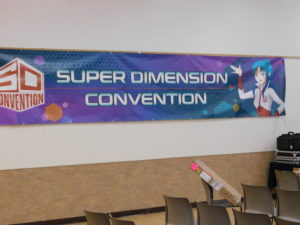 Shows with free parking are the best. And at the Torrance Cultural Center, there was free parking a-plenty. Combined with easy access into the show, complete with a museum, a wide programming itinerary of panels and activities, and a full and varied vendor hall, Super Dimension Convention was shaping up to be a really cool show. Plus, it’s Macross themed. How incredible is that? There are so many anime series with deep, rich histories and fandoms and yet the Macross community team up to pay homage to their favorite every year. 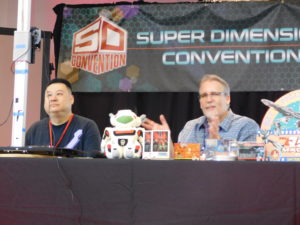 And deep, rich history it is. I didn’t know how explosive Macross was in terms of merchandising until I visited Sean and Tony’s Macross toy panel. For those of you who aren’t in the know, Sean is the original creator of the MacrossWorld website and an avid collector of some of the more fun items. (Towels, swim floaties, kids’ shoes, etc.)

My favorite part of the show, because I’m a grubbing toy collector who likes to spend money, was definitely the vendor hall. As previously mentioned, while small, the vendors were varied. There was a great blend between hand-crafted products, legitimate vintage Macross products, new anime statues and figurines, and friendly people looking to advertise their own conventions and shows. (Looking at you, Hentai-con!)

I’d stated before that the programming itinerary was full and varied. That said, I’m not entirely positive that all of the planned shows were actually executed. On the list of items was an Idol Contest (which passed its start time), all day karaoke on the outdoor stage (which never happened. In fact, the outdoor stage was never utilized and I was very much looking forward to embarrassing myself in Japanese with some radical anime tunes). 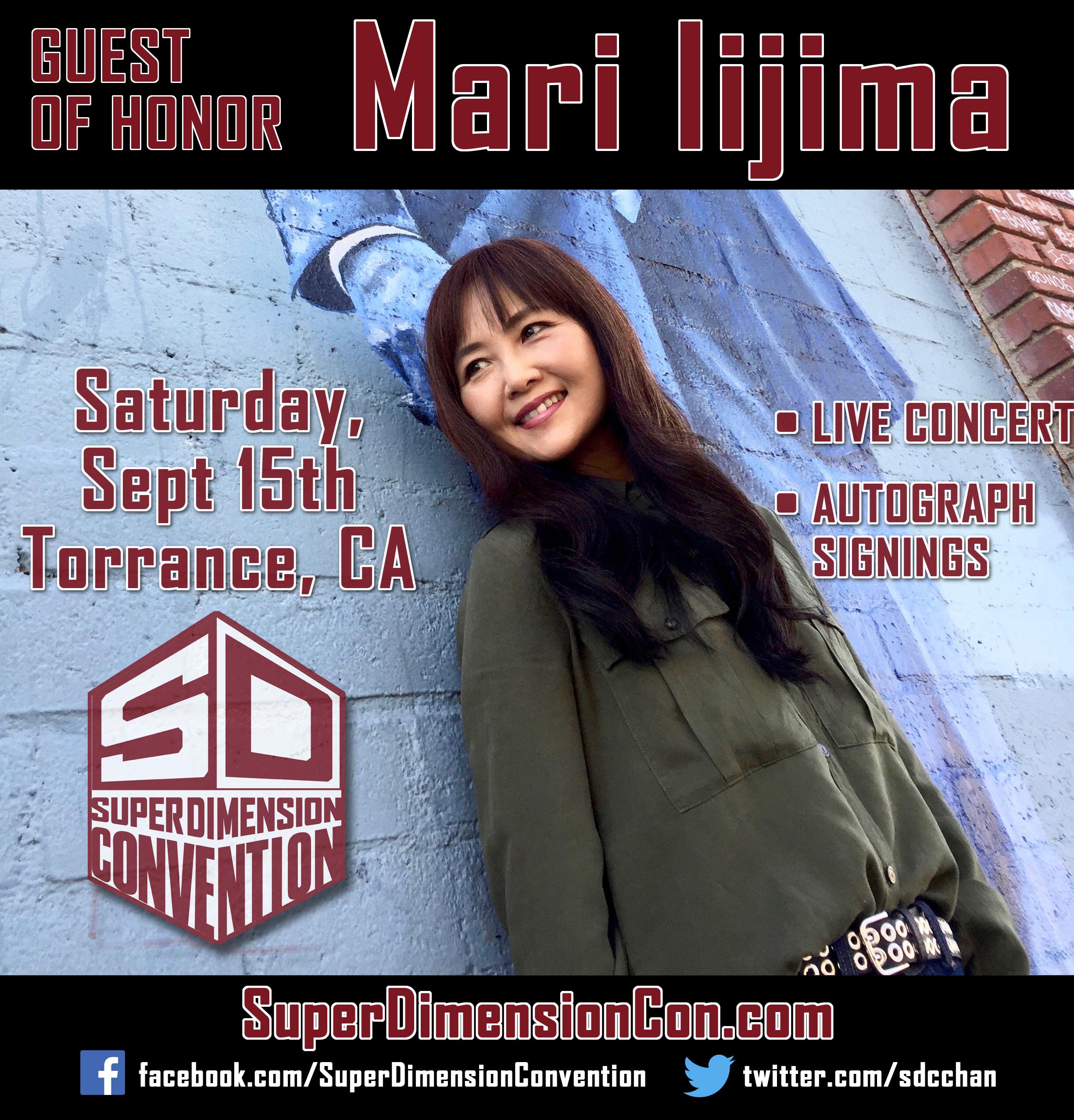 Mari Iijima, the voice actress best known for voicing Lynn Minmay (the world’s first anime idol singer because Macross wasn’t just robots and war in space. It was idol singers and love triangles, damn it) had a concert, but it was significantly late (technical difficulties) and she seemed to do more talking than singing (all good, her stage, her agenda. I thought she was cool as hell).

There was however, a drawing contest (which is cute, but seems a little juvenile to be a featured “event” and Nerf darts shot at mecha boards, which was very creative. Ultimately, the attendees were very happy and everyone had a good time! I think with more advertising, press/media visibility, and programming tweaks, Super Dimension Convention could continue growing into a really great show. The bones are there, and it has the potential to become an all-inclusive mecha or 80s anime convention. Or stay the way it is, if that’s what it wants to do. It seems like they have Mari Iijima locked down.

I seriously had a blast and would adore the chance not only to cover as press, but to be involved in the development as much as I was welcome!

Below is my Super Dimension Convention Image Gallery: